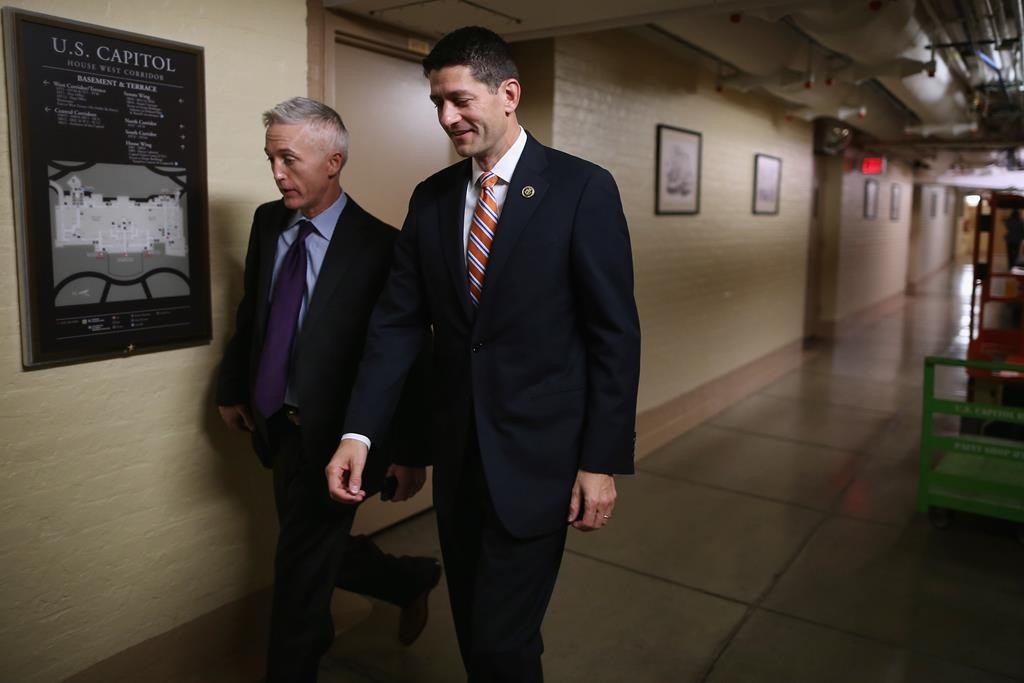 Rep. Paul Ryan (R-Wis.) is more open than ever to becoming the next House speaker, following a contemplative week at home with his family. But before he makes a final decision, friends say, he will seek assurance from Republican hard-liners that he will have their full support should he win the gavel.

Those discussions began Tuesday evening at the Capitol when House Republicans gathered for a closed meeting. It is unclear when Ryan, the 45-year-old chairman of the House Ways and Means Committee and 2012 vice-presidential nominee, will openly discuss his intentions.

At the top of Ryan’s list, his associates said, is a desire to lead the House GOP as its spokesman and agenda-setter without the threat of revolt from the right, halting a dynamic that has dominated the tumultuous speakership of John A. Boehner (R-Ohio), who announced last month that he would leave Congress at the end of October. Another aim would be to delegate some of the job’s travel and fund-raising demands so that Ryan could spend enough time with his wife and school-aged children.

“My only caution is that he should go very slow and make sure that the whole conference is coming to him,” said Republican former House speaker Newt Gingrich. “Don’t underestimate the degree of getting chewed up. We are not like the Democrats right now. They are relatively cohesive. … We are a movement in enormous ferment, with enormous anger and enormous impatience.”

Looming over Ryan’s deliberations is a churning frustration among Republicans nationally about the party’s ability to oppose President Barack Obama and a presidential primary field led by anti-establishment outsiders who have made common cause with the House GOP’s right flank.

Those conservative House members have pushed for a suite of rules changes, ranging from an overhaul of the party’s internal steering committee to a more open process for considering legislation. Ryan, they say, would not be exempt from those demands, which, if adopted, could give the new speaker less control.

Ryan’s allies say his conditions for becoming speaker are likely to include an understanding that he would have a free hand to lead without a constant fear of intraparty reprisals.

“He is more confident that he can put forward conditions that will soothe his convictions and put his mind at ease,” said William J. Bennett, a longtime mentor to Ryan who has spoken with him in recent days.

Peter Wehner, a former adviser to President George W. Bush, said Ryan wants House conservatives to make clear that they would not seek to “cripple him” from the start.

“He doesn’t have a moral obligation to get Republicans out of the rubble they’ve created for themselves,” Wehner said. “Asking for their good will is completely reasonable.”

Wehner added that Ryan envisions his possible speakership as one that would be buoyed by his own political capital and shaped by an aggressive Republican policy agenda, rather than one consumed with catering to the whims of tea party back-benchers: “He’s got a vision for the party that he can articulate. He knows policy, philosophy and where the party should go intellectually.”

But Rep. Mick Mulvaney (R-S.C.), a member of the hard-line House Freedom Caucus who has expressed measured support for Ryan as speaker, said Ryan could not expect to unify Republicans without making some procedural concessions.

“The displeasure with the way the House has been managed since 2011 is pervasive and crosses all sorts of philosophical boundaries within the party,” Mulvaney said. “The appetite for a new way of doing business is real, and whoever wants to be the speaker is going to have to speak to that.”

A new poll released Monday by NBC News and The Wall Street Journal showed strong support for Ryan among Republican primary voters, with 63 percent “comfortable and positive” about Ryan taking over the post. Twenty-eight percent said they would feel “skeptical and uncertain” if he became speaker.

Should Ryan decide not to heed the calls to run, it would set off a free-for-all that has already attracted roughly a dozen potential candidates who have expressed interest in running if Ryan does not.

They range from powerful committee chairmen such Homeland Security’s Michael McCaul and Agriculture’s K. Michael Conaway, both of Texas, to Darrell Issa of California, the high-profile former Oversight chairman to up-and-comers such as Marsha Blackburn of Tennessee, who has played a lead role in the GOP’s recent fight against Planned Parenthood.

But many Republicans believe — or at least hope — that melee will be avoided as Ryan has shifted from being averse to inclined to succeed Boehner, due to a wave of encouragement from officials and influential conservatives, as well as a sense of duty to his embattled party.