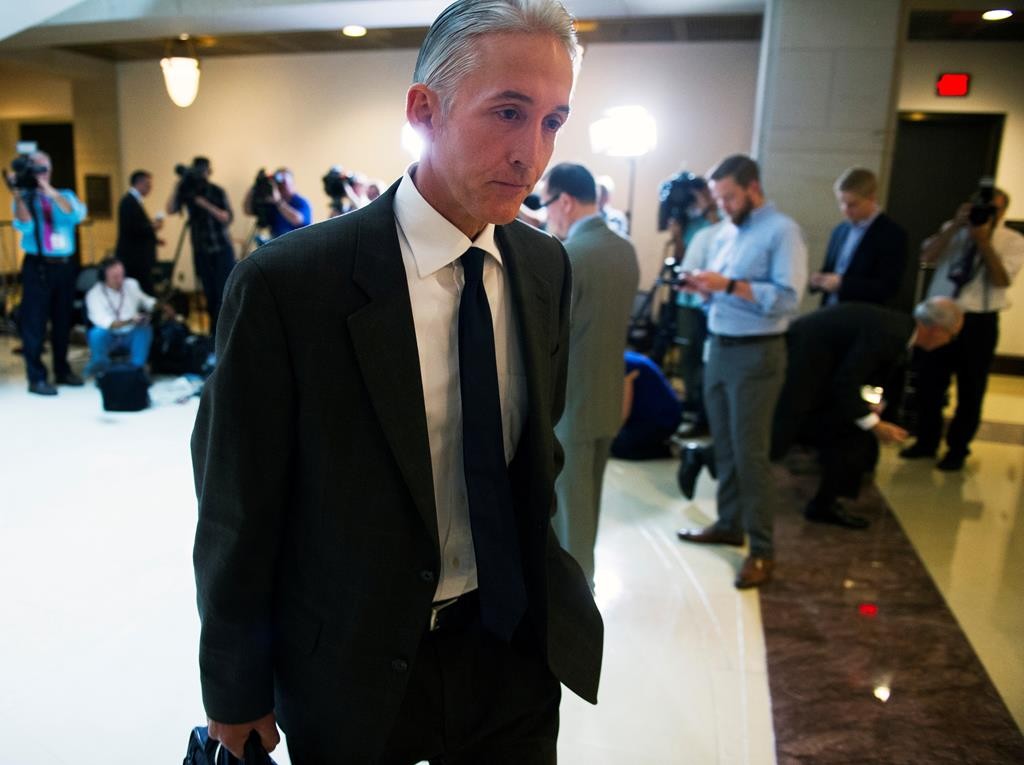 The deadly 2012 attack on a U.S. compound in Benghazi, Libya, moves to the forefront of the presidential race when Democratic front-runner Hillary Rodham Clinton testifies Thursday before a Republican-led House committee.

Rep. Trey Gowdy (R-S.C.), the committee chairman, says he wants to ask Clinton, who was secretary of state when the assault occurred, why U.S. security at the compound was not beefed up as conditions in Libya deteriorated and other countries, including Britain, were pulling out.

A look at the investigation:

Q: What happened in Benghazi?

A: The attack on the U.S. diplomatic compound in the Mediterranean port city in Libya occurred on Sept. 11, 2012 — the 11th anniversary of the 9/11 attacks. The attack came in three waves, spread over eight hours at two locations. A few attackers scaled the wall of the diplomatic post after dark and opened a gate, allowing dozens of armed men inside. They set the building on fire. Ambassador Chris Stevens and Sean Smith, a State Department communications specialist, were overcome by choking smoke in a safe room, and later died.

Hours later, a nearby CIA annex was attacked twice. CIA security contractors Tyrone Woods and Glen Doherty died there while defending the annex from the rooftop. A team of six security officials summoned from Tripoli and a Libyan military unit helped evacuate the remaining U.S. personnel. They were taken to an airport and flown out of Benghazi.

The attacks have been the subject of seven previous congressional investigations.

Q: What has happened in the 17 months of the committee’s investigation?

Since it was created in May 2014, the committee has held three public hearings, the last in January.

Gowdy said the committee has interviewed 54 witnesses, including seven eyewitnesses to the attacks who had not been interviewed in previous investigations. The committee also has reviewed more than 50,000 pages of documents never before given to Congress, including emails from the ambassador and other top State Department personnel. The committee says it has received about 7,000 printed pages of emails involving Stevens, including at least 1,300 pages delivered on Tuesday.

Gowdy and other Republicans have complained that the State Department has resisted their efforts by slow-walking emails and other documents needed to complete the inquiry. In March, it was revealed that Clinton used a private email account for government business.

Democrats complain that they have been frozen out of some of the committee interviews.

The committee is authorized to investigate and issue a final report on policies, decisions and activities that contributed to the attacks, what hampered the ability of the U.S. to prepare for them and how the U.S. responded. Its work is expected to continue into 2016 — a presidential election year.

Q: Why is the committee on the defensive after comments by some Republicans?

A: Gowdy has been forced to defend the panel in recent weeks as several Republicans suggested Clinton is the panel’s target. The chairman’s message to some in the GOP: “Shut up.”

House Majority Leader Kevin McCarthy (R-Calif.) said Sept. 29 that the committee can take credit for Clinton’s diminished public standing in recent months, a comment he later retracted. Last week, Rep. Richard Hanna (R-N.Y.), who is not on the committee, said “a big part” of the Benghazi investigation was designed to go after Clinton.

The committee also has been criticized by a former Republican staffer who said he was unlawfully fired in part because he sought a comprehensive probe into the attacks instead of focusing on Clinton. Air Force Reserve Maj. Bradley Podliska also complained that the committee was engaged in social activities such as an informal wine club nicknamed “Wine Wednesdays.”

Gowdy said Podliska was fired for mishandling classified information and other mistakes.

Q: What has Clinton said in her previous testimony?

A: In January 2013, Clinton testified for more than five hours at two congressional committees, rejecting GOP suggestions that the administration tried to mislead the country about the attack. Clinton once again took responsibility for the department’s missteps and failures leading up to the assault.

She said then that she was more focused on how to improve security and that it didn’t matter what triggered the attack.

Clinton also has said that requests for additional security did not reach her level, and that four employees have been removed from their jobs and placed on administrative leave, but federal rules prevent the department from taking more drastic steps.

A: Gowdy is a former state and federal prosecutor. The three-term Republican, a member of the 2010 tea party class, is known for his “Southern politeness” and dogged manner. The 51-year-old Gowdy says Thursday’s hearing will focus on security before and during the attacks. Some questions are likely on Clinton’s use of a private email account and server for government business, Gowdy said, but he maintains that his approach will be fair.

Q: Has anyone been apprehended in connection with the attack?

A: Ahmed Abu Khattala was captured in June 2014 by U.S. special forces and brought to the United States to face trial. Khattala, 43, is the first militant to be prosecuted for the Benghazi violence.

He initially was charged with conspiracy to provide support to terrorists and multiple other counts that make him eligible for the death penalty if convicted. Among other charges, he is accused of providing material support to terrorists, malicious destruction of property and attempted murder of an officer and employee of the United States.