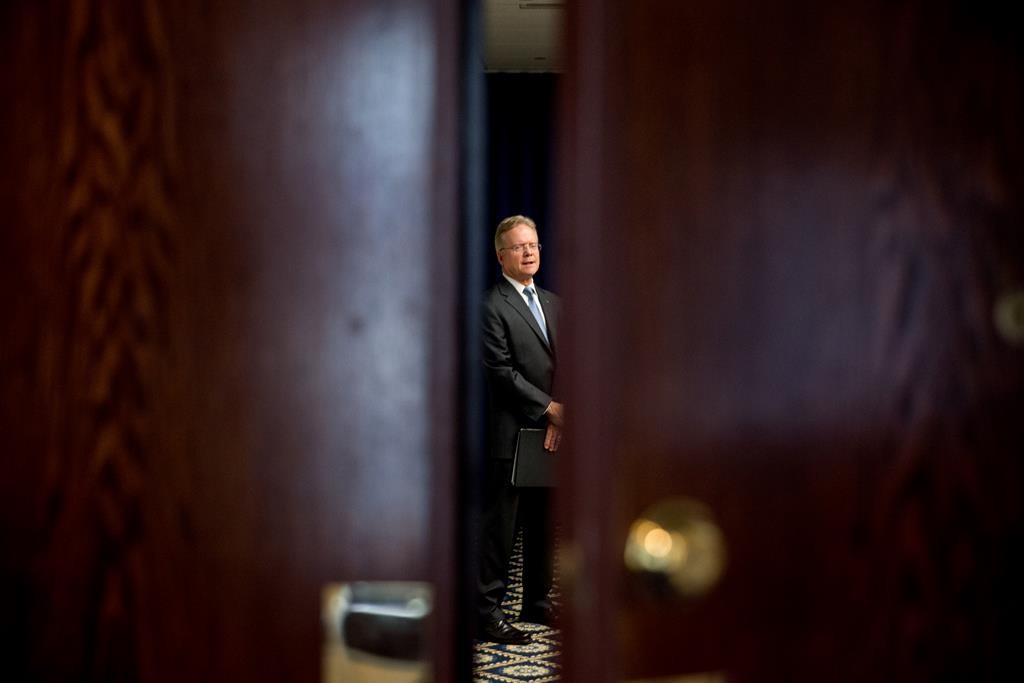 Former Sen. Jim Webb’s long-shot quest for the Democratic presidential nomination ended Tuesday much the same way it began: on a defiantly —some might say unreasonably — optimistic note.

Webb, who served as secretary of the Navy in the Reagan administration before representing Virginia in the Senate for one term, said that over the next several weeks, he would speak with leaders from both parties and weigh a run as an independent.

“A number of people reached out and encouraged me to run as an independent,” he said, joined by his wife at a news conference at the National Press Club in Washington.

An independent candidacy would require state-by-state efforts to get on ballot, a huge and expensive undertaking that Webb has few resources to accomplish. He has about $315,000 in his campaign bank account.

Nor has his candidacy demonstrated much evidence of a public demand for him as a candidate. In four major polls released this week, he averaged support from just over 1 percent of Democratic voters.

Although a growing number of Americans call themselves independent, the vast majority lean either to the Democrat or the Republican side. The voting behavior of those who have a leaning is nearly the same as that of acknowledged partisans, undercutting the idea that a large well of unaffiliated votes exists for an independent candidacy to tap.

During last week’s Democratic debate, Webb and former Rhode Island Sen. Lincoln Chafee often were overlooked, leading to complaints from Webb about not getting enough time.

On issues from affirmative action to gun control, Webb found himself out of step with most Democratic voters – something he acknowledged Tuesday.

“I fully accept that my views on many issues are not compatible with the power structure and the nominating base of the Democratic Party,” he said. “That party is filled with millions of dedicated, hard-working Americans. But its hierarchy is not comfortable with many of the policies that I have laid forth.”

Despite his lack of success, Webb insisted a third-party run could find traction with voters.

“Americans are disgusted by all this talk of Republicans and Democrats calling each other the enemy instead of reaching across the aisle and finding ways to work together,” he said. “The other party in America is not the enemy; they are the opposition. In our democracy, we are lucky to have an opposition, in order to have honest debate. It’s creative. It’s healthy.”

Asked how he might fare in a hypothetical matchup against Hillary Rodham Clinton as the Democratic nominee and Donald Trump on the Republican side, Webb was chipper.

“I could see us beating both of them,” he said.