Israel Another Korban in Attack Near Chevron
Israel 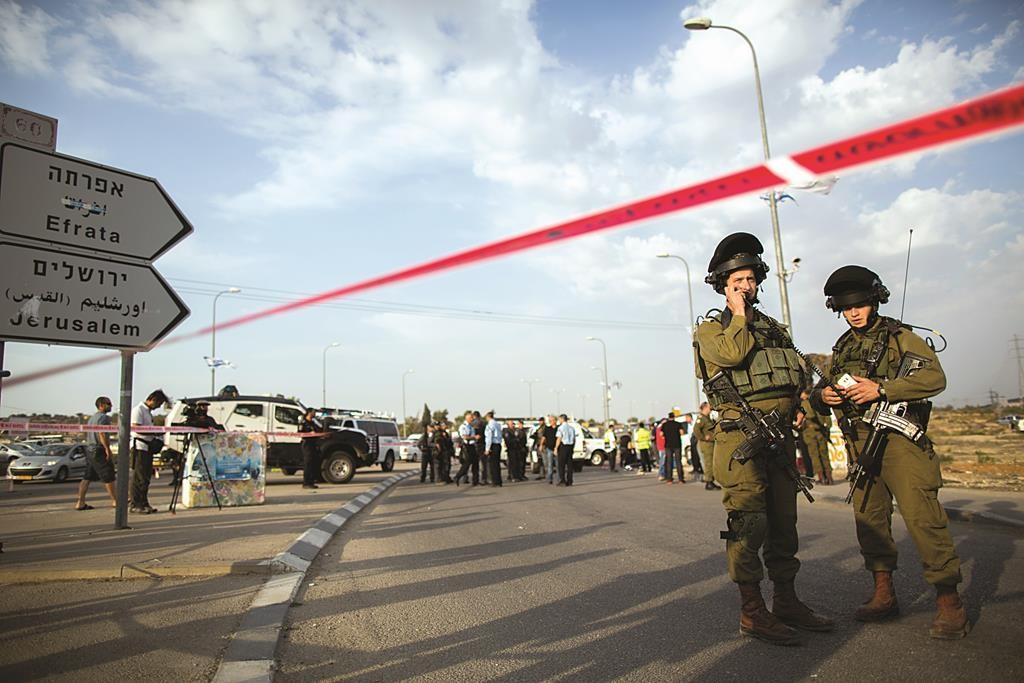 The Palestinian wave of terror continued on Tuesday, this time taking the life of Avraham Asher Hasnu, Hy”d, 54, from Kiryat Arba, the 10th Israeli to be killed over the past three weeks.

The fatal attack began as a rock-throwing incident, which caused Hasnu to stop his car near a Palestinian village in the Chevron area. When he got out, he was struck by a truck driven by a Palestinian, according to an initial police report.

The truck sped on, but according to Palestinian media reports, the driver afterward turned himself into the Palestinian police in nearby Daharia, in the South Chevron Hills, claiming that it was an accident and that he had not intended to hit anyone.

Paramedics rushed to the scene but were not able to save Hasnu, who died from his wounds at approximately 1 a.m., Tuesday.

“When we got to the area, we saw a car,” said MDA paramedic Eyal Mor-Yosef. “Next to the car was a man in his 50s, lying unconscious. He had no pulse and no breath.”

“There were injuries to critical bodily systems,” the paramedic said. “Attempts to save his life were made before we were forced to pronounce him dead.”

Hasno was the father of seven children and a grandfather of nine. He ran the kitchen in the yeshivah in nearby Othniel.

Outside Me’aras Hamachpelah on Tuesday night, two knife-wielding Palestinian terrorists stabbed and lightly wounded an IDF soldier before they were shot and killed by another soldier.

It was the fourth terrorist attack in Yehuda and Shomron on Tuesday.

Earlier in the day, a Palestinian terrorist stabbed and lightly wounded an IDF officer near the town of Bet Awwa, close to the Green Line and near the southern Israeli district of Lakhish.

Earlier on Tuesday, a Palestinian terrorist stabbed and lightly wounded an IDF officer near the town of Bet Awwa, close to the Green Line and near the southern Israeli district of Lakhish.

Soldiers nearby shot and killed the attacker.

In another ramming incident, at the Gush Etzion Junction, a Palestinian terrorist lightly wounded an IDF soldier and an Israeli civilian

After running his car into the two men, he emerged from the vehicle, brandishing a knife.

In response, an IDF commander opened fire and killed him.

Both victims — in their early 20s — were evacuated by Magen David Adom paramedics to Hadassah University Medical Center in Ein Kerem, Yerushalayim.

According to Magen David Adom, as of Tuesday, 10 Israelis have been killed and 112 wounded in three weeks of Palestinian terrorism. Of the survivors, 11 were seriously wounded, 17 moderately hurt, and 84 lightly wounded.