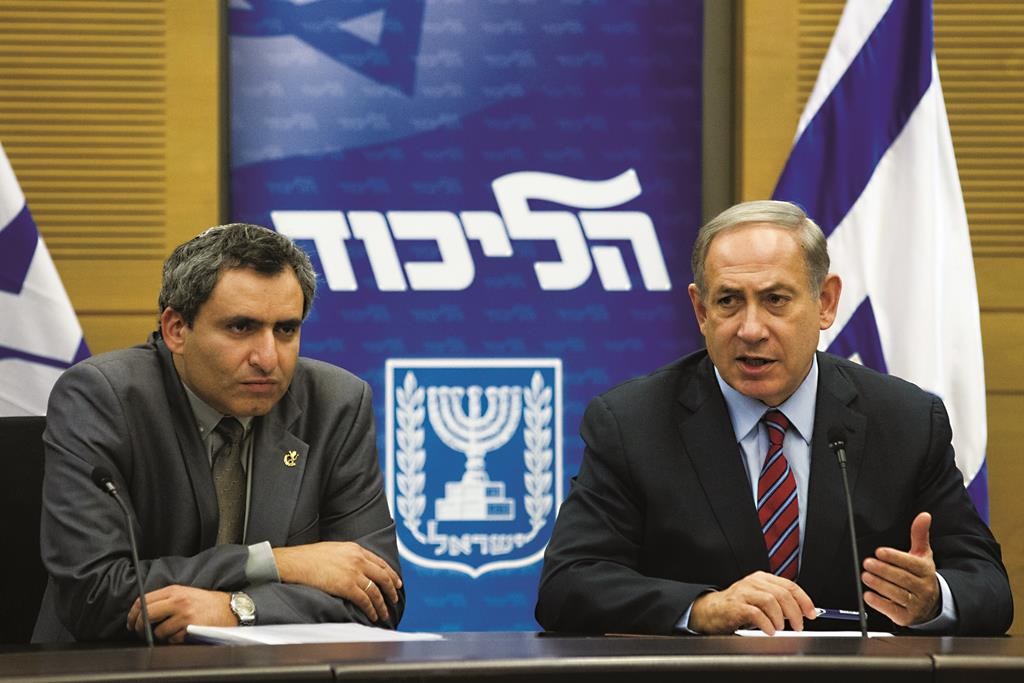 Israeli Prime Minister Binyamin Netanyahu backed down from a planned 900-foot-long security wall in Yerushalayim’s Armon Hanatziv neighborhood on Monday after a barrage of criticism from within the government coalition.

Netanyahu called off any further placement of the portable concrete slabs which are designed to protect the Jewish homes from incessant firebomb and rock-throwing attacks from the adjacent Arab section Jabel Mukaber, when he came under fire for dividing the city with a useless security measure.

At a cabinet meeting Monday, Transportation Minister Yisrael Katz (Likud) denounced it as a “prize for terrorists” which would not improve security, and demanded its immediate removal, The Times of Israel reported.

“We must protect homes by initiating offensive operations against terrorist infrastructure and incitement in Jabel Mukaber, not through fortification,” Katz declared. Six concrete slabs were placed in Armon Hanatziv on Sunday.

He was joined in his opposition to the wall by Education Minister Naftali Bennett (Jewish Home) and Defense Minister Moshe Yaalon, according to Ynet.

“It’s not the right thing to do from a security standpoint,” Immigration and Absorption Minister Zeev Elkin (Likud) told Army Radio. “We had a discussion about this in the cabinet, and it was clear that this wasn’t the solution. This is something temporary and isolated. We need to deal with terrorism and not build fences that can easily be bypassed.”

In an ironic twist, Meretz faction head Ilan Gil-On offered qualified approval to the prime minister who has built his career in part on the promise never to divide Yerushalayim.

“Bibi divided Yerushalayim,” he said. “We would have done it with much less bloodshed.”