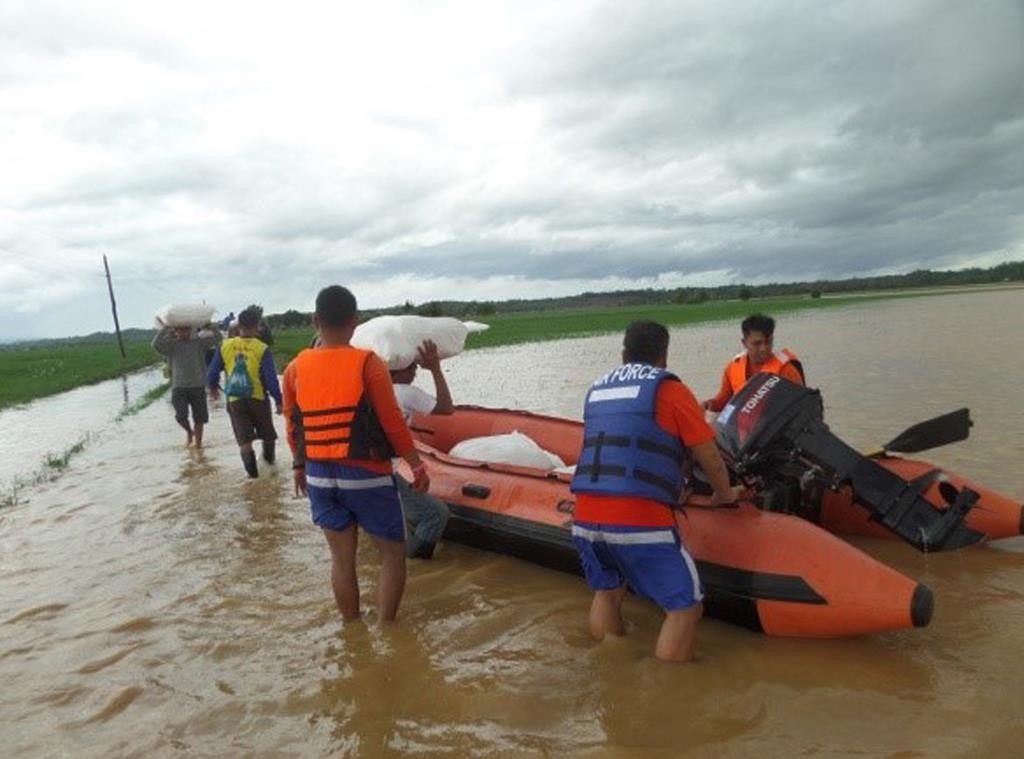 Army troops and police were deployed to rescue residents trapped in flooded villages in the hard-hit provinces of Aurora, where the typhoon made landfall early Sunday, and Nueva Ecija, a nearby rice-growing province where floodwaters swamped rice farmlands at harvest time.

After slamming into Aurora’s Casiguran town after midnight Saturday, the typhoon weakened and slowed down, hemmed in by the Sierra Madre mountain range and a high pressure area in the country’s north and another typhoon far out in the Pacific in the east, government forecaster Gladys Saludes said.