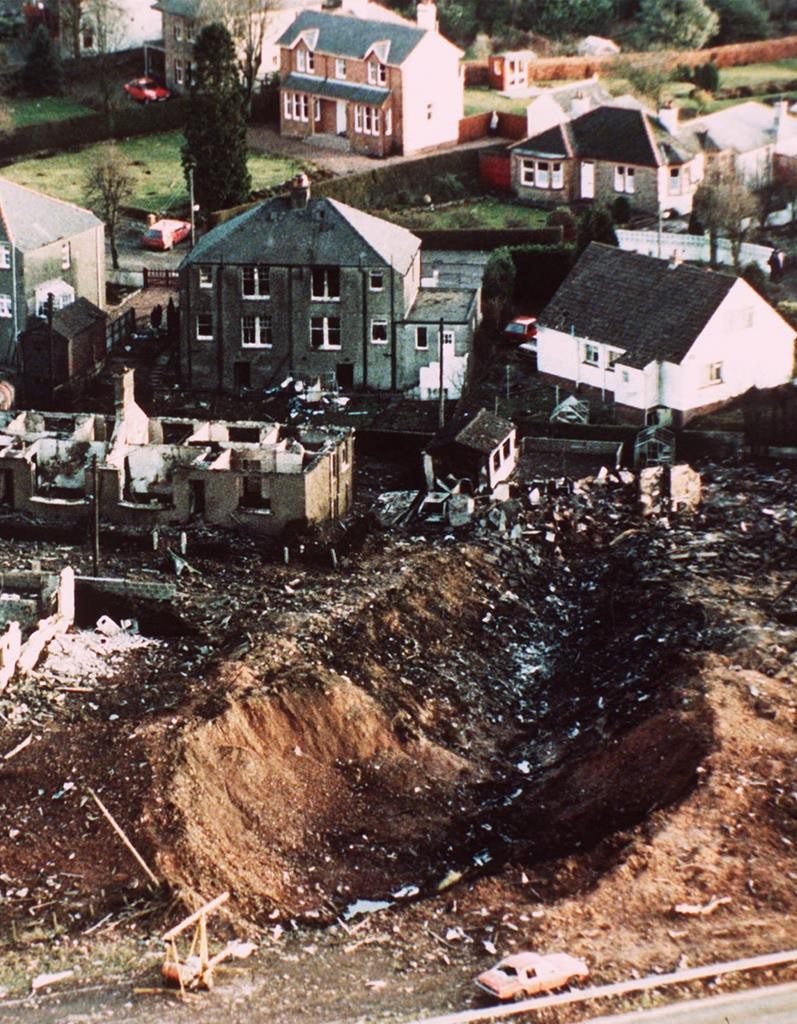 A quarter-century after one of the worst terror attacks in British history, prosecutors say they have identified two new Libyan suspects in the bombing of a Pan Am jet over Lockerbie, Scotland, and want American and Scottish investigators to interview them in Tripoli. Given Libya’s instability, that may be a remote prospect.

Scotland’s Crown Office said Lord Advocate Frank Mulholland and U.S. Attorney General Loretta Lynch had agreed there’s “a proper basis in law in Scotland and the United States to entitle Scottish and U.S. investigators to treat two Libyans as suspects” in the bombing of Flight 103.

It said Scotland and the U.S. were asking Libyan authorities to help Scottish detectives and FBI officers interview the suspects. The office said the Libyans are suspected of involvement with Abdel Baset al-Megrahi, the only person convicted in the attack.

A bomb shattered the New York-bound Boeing 747 as it flew over Scotland on Dec. 21, 1988, killing all 259 people aboard and 11 on the ground. Many of the victims were American college students flying home.

The complex and unfinished Lockerbie investigation is tied up with Libya’s relationship with the West. In 1988, dictator Muammar Gadhafi’s Libya was a pariah state accused by Western governments of sponsoring terrorism.

In 1999, Gadhafi handed over al-Megrahi and a second suspect — later acquitted — to Scottish authorities after years of U.N. sanctions. In 2003, Gadhafi acknowledged responsibility, though not guilt, for the Lockerbie bombing and paid compensation of about $2.7 billion to the victims’ families. He also pledged to dismantle all weapons of mass destruction and joined the U.S.-led fight against terrorism.

After Gadhafi was overthrown and killed in 2011, Britain asked Libya’s new rulers to help fully investigate. But the country has since been wracked by chaos and political violence, stalling efforts to collect evidence and interview suspects.

Prosecutors didn’t name the two Libyans, in keeping with British practice of not identifying suspects until they are charged.