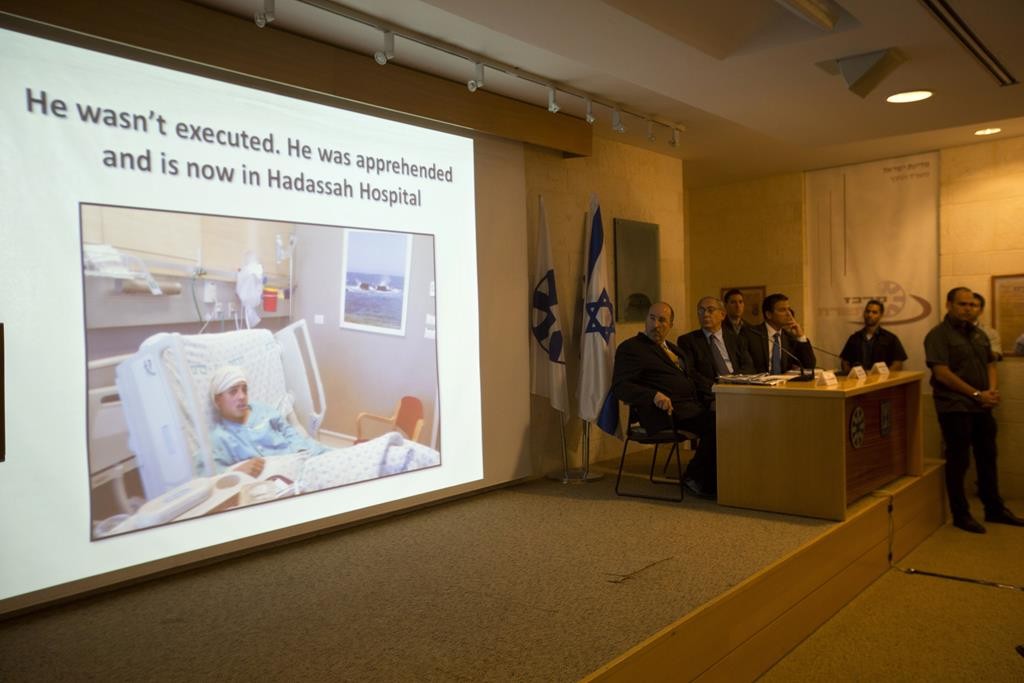 Palestinian Authority President Mahmoud Abbas ignited an uproar in Israel on Thursday after falsely claiming that Israel had “executed” a 13-year-old Palestinian boy who is actually recovering in an Israeli hospital, prompting Israeli Prime Minister Binyamin Netanyahu to call a special press conference to refute the charge.

Regarding the case of Ahmed Manashra, the boy whom Abbas said in a speech on Wednesday was killed by Israel “in cold blood,” Netanyahu branded it “the new big lie” of the Palestinians.

“First of all, he isn’t dead, he’s alive, and he isn’t innocent, he tried to kill a 13-year-old [Jewish boy] riding a bike, who was the true innocent,” in the attack earlier this week in the Yerushalayim neighborhood Pisgat Zeev.

“He’s now being be treated at Haddasah hospital in Israel,” Netanyahu said. “We must tell the truth, that’s the only way to fight this. We ask our friends to look at these facts, see the truth and not draw false symmetry between Israeli victims and Palestinian terrorists,” he added.

A video showing the boy alive and receiving food in a hospital bed was released by Israeli authorities on Thursday. He was being treated for injuries after being run over by an Israeli vehicle after the stabbing.

Abbas aide Saeb Erekat said Abbas’s comments were a result of inaccurate information. “We thought in the beginning that he (Ahmed) was killed,” Erekat said. “Then the information we had was that he is clinically dead.”

There was no attempt initially by Abbas’ office to set the record straight. Instead, it accused Israel of inciting against the Palestinian leader.

Dr. Asher Salmon, deputy director of Hadassah, said the boy is in “light to moderate condition,” and should be discharged in the next few days.

At the press conference on Thursday night, Netanyahu aides also spoke, in the most organized, high-profile effort so far to expose Palestinian incitement against Israel.

Mark Regev, the prime minister’s spokesman, again rebuffed claims that Israel was seeking to change the status quo on Har Habayis, asserting that as in the past only Muslims are permitted to worship at the site.

Ofir Gendelman, Netanyahu’s spokesman to Arab media, then offered a rundown of recent Palestinian incitement, opening with Abbas’s comments that Jews were defiling the site with their “filthy feet.”

He then showed samples of Fatah propaganda urging stabbing attacks in order to “protect” al-Aqsa mosque.

“Thousands and thousands of posters and memes have called on Palestinians to perpetrate stabbing attacks,” he said.

Hamas has played its role in the incitement as well, Gendelman said, showing a “gruesome video instructing Palestinians how to stab Israelis to death.”

Netanyahu said he was discussing with Secretary of State John Kerry the possibility of a meeting with the Palestinian leadership to quell the violence.