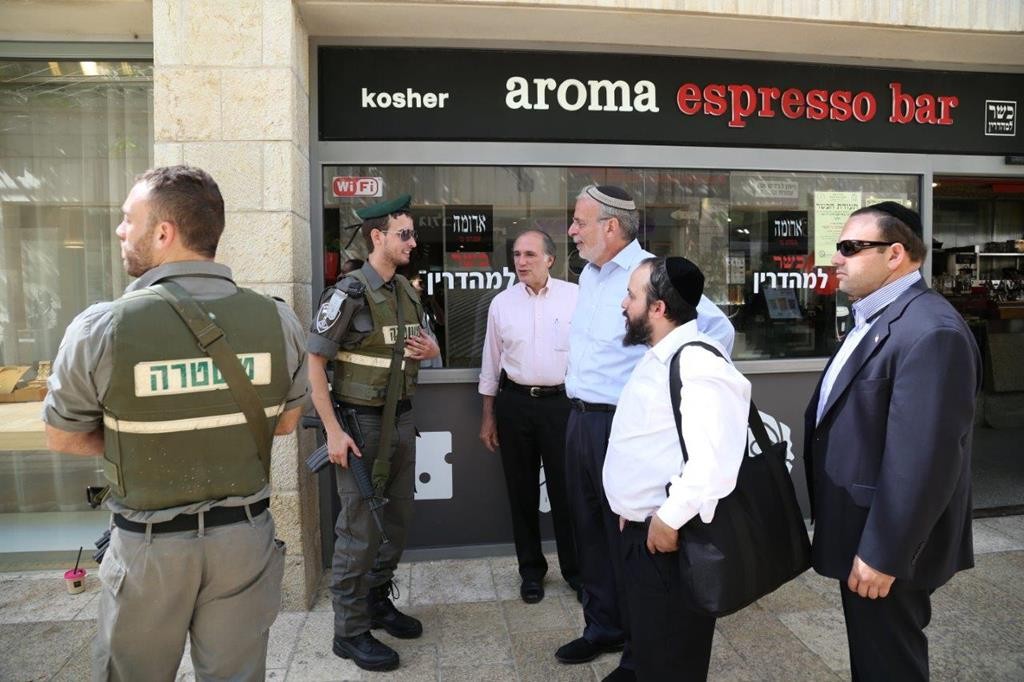 Mayor Bill de Blasio embarked Thursday on a rite of passage for New York City mayors, a trip to Israel that he said now takes on “extra meaning” in the wake of recent violence there.

De Blasio, who returns on Sunday, will also become the first mayor to visit Palestinians during his trip. He plans to meet with Israeli officials, visit sites like the Kosel and deliver an address on anti-Semitism at a conference of mayors.

A trip to Israel is a staple for New York mayors, who represent a large Jewish constituency. This will be de Blasio’s first visit as mayor, his fourth overall.

“It’s a very sensitive moment right now in Israel,” de Blasio said Thursday. The trip has “taken on extra meaning now because of the crisis in Israel. I think it’s very important to stand in solidarity with Israel, and I’m proud to be going in a moment when Israel is in need and where friends need to stand and be counted.”

Meeting with Palestinians is a break from de Blasio’s predecessors. Aides said he considered a trip to the Palestinian territories, but that has been scuttled because of security concerns. He will not be meeting with any Palestinian leaders while there, he said, calling it “not appropriate” given the current wave of violence.

But the mayor said that he was not concerned with his personal safety since both Israeli security agencies and the NYPD “know what they are doing.”

The trip is being paid for by Baruch Eliezer Gross, a Brooklyn resident and founder of the Besadno Group, an investment firm with offices in Yerushalayim and New York. De Blasio said it was “absolutely appropriate” and noted that the gift prevented taxpayers from being burdened with the cost of the trip.

Leon Goldenberg, a Jewish activist from Flatbush, as well as publicist Ari Noe, went along with the mayor.

Also visiting Israel on a solidarity trip is Assemblyman Dov Hikind. He arrived on Tuesday as the violence against Israelis spiked.