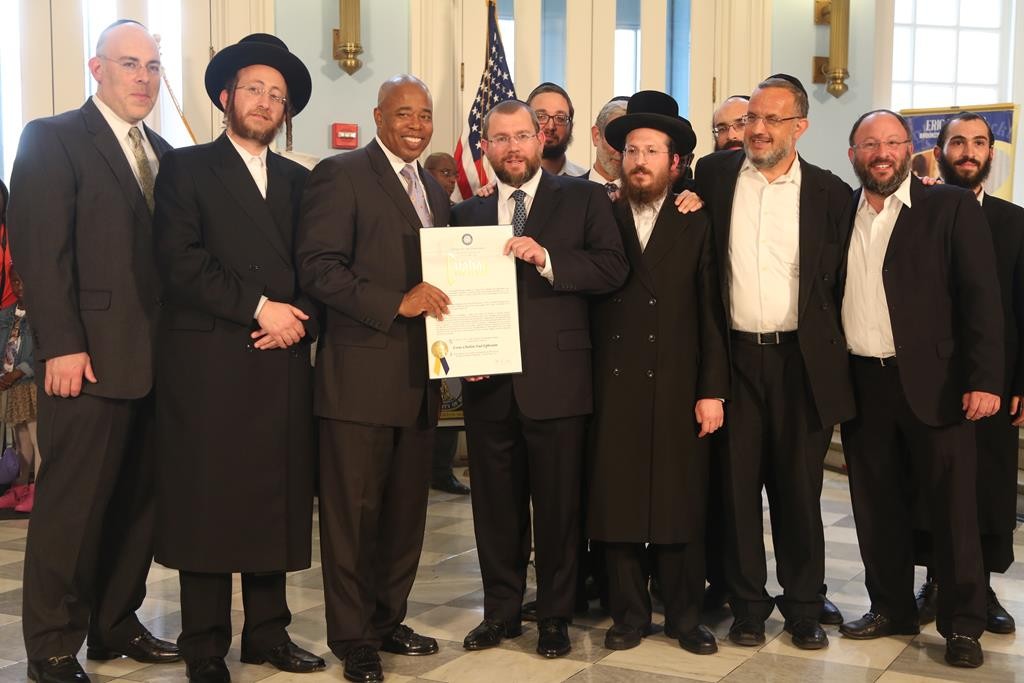 Brooklyn’s borough president on Wednesday paid tribute to a Boro Park-based Jewish group which distributed thousands of free meals to poor hospital patients in advance of the Yamim Nora’im.

Eric Adams declared Yad Ephraim “Hero of the Month” for September in recognition of their volunteerism, which included preparing more than 3,000 hot meals to give out last month to patients across Brooklyn.

The Democrat also named a firefighter who saved an unconscious 2-year-old during an early morning fire in Marine Park his “Hero of the Month” for August.

FDNY Lt. Victor Milukas rescued a child trapped on the second floor of a burning house. He searched multiple smoke-filled bedrooms before finding Justin Pierre in his bed.

“When someone goes beyond the call of duty in serving their community,” Adams said, “I think it’s important that we acknowledge them and hold them up as the bright stars that shine the way forward for our borough.”