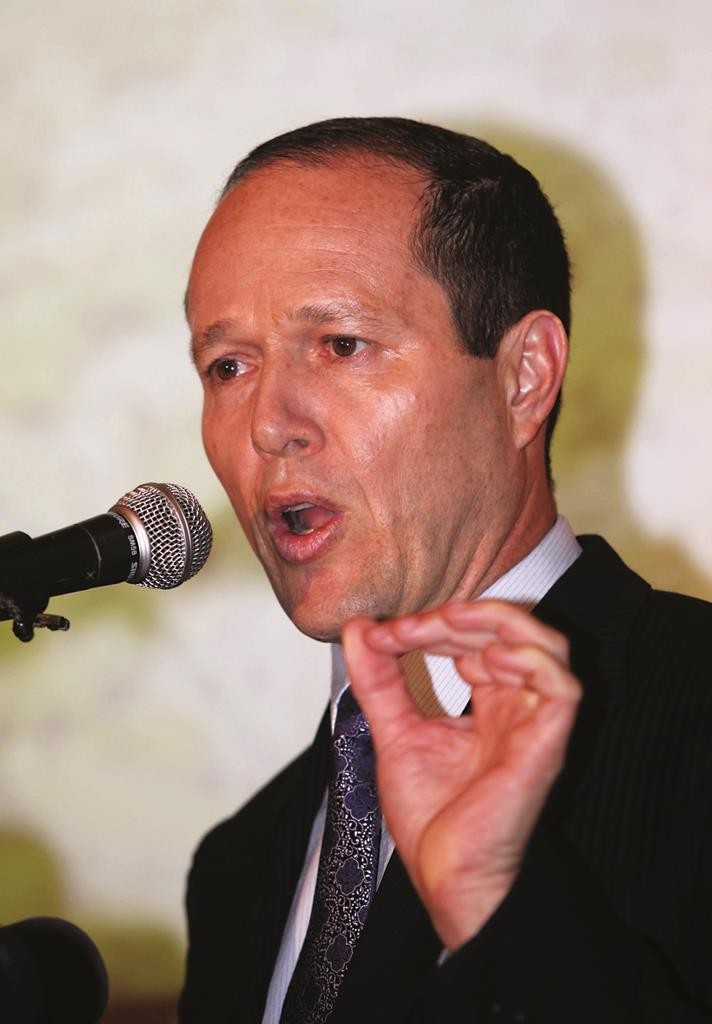 Yerushalayim Mayor Nir Barkat last week urged all Israelis who have a license to carry a weapon to do so at all times during the current terror spree.

The mayor, a role model of self-defense, was seen carrying a firearm during a visit to an Arab neighborhood in eastern Yerushalayim on Monday night.

But he corrected an Associated Press report that said he was toting a rifle. In an interview with Army Radio, Barkat said that such reports “simply got the facts wrong.”

The gun in question, he explained, was a Glock 23 handgun, paired with a pistol-to-carbine conversion kit that “makes the gun more accurate and thus safer.”

“Every time there is tension, I instruct people who are allowed to carry weapons and are experienced in using them to carry their guns. If you check, you’ll see that in many cases, those who neutralized terrorists were citizens who aren’t necessarily police officers, like former soldiers.”

Adnan Husseini, the top Palestinian official for Yerushalayim, called Barkat’s armed appearance “a declaration of war” on non-Jewish residents in the capital.

“It’s incitement for other Israelis to do the same,” he said.

But Barkat is not alone in encouraging the public to look out for its own defense.

“Civilians are at the forefront of the war against terrorism and must also be on maximum alert,” Prime Minister Binyamin Netanyahu said, after meeting with top police officials this week.

Meanwhile, the Yerushalayim Police announced plans to install metal detectors in the Old City’s gates to prevent people from entering with guns or knives.

In addition, they are establishing an “Arabic section” in the cyber department, which scans social media for indications of future terror attacks, the Army Radio report said.