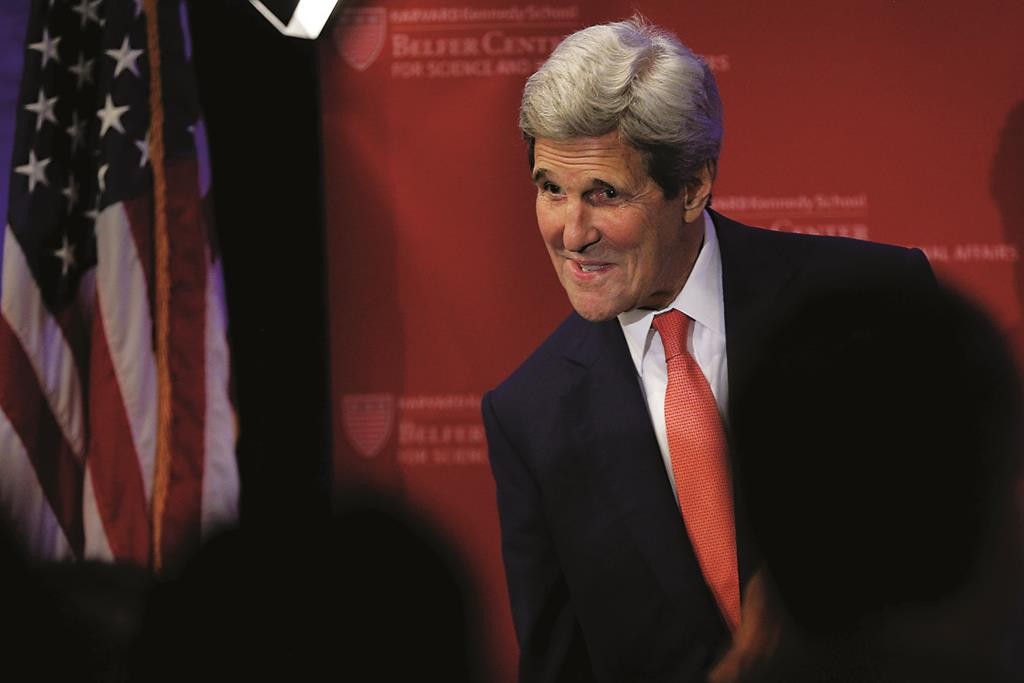 U.S. Secretary of State John Kerry said on Tuesday he plans to travel to the Middle East to try to calm violence between Palestinians and Israelis and move the situation “away from this precipice.”

“I will go there soon, at some point appropriately, and try to work to reengage and see if we can’t move that away from this precipice,” Kerry told an audience at an event sponsored by Harvard Kennedy School’s Belfer Center for Science and International Affairs.

However, some of Kerry’s remarks will likely increase tensions between the U.S. and Israel, as he appeared to blame the current wave of terror by Palestinian against Israeli civilians on the policies of the Israeli government.

A “massive increase in settlements” built by Israel in recent years has led to the “frustration” and “violence” now stoking its decades-old conflict with the Palestinians, Kerry controversially claimed.

Kerry said the United States’ goal for the region, the two-state solution, “could conceivably be stolen from everybody” if violence were to spiral out of control.