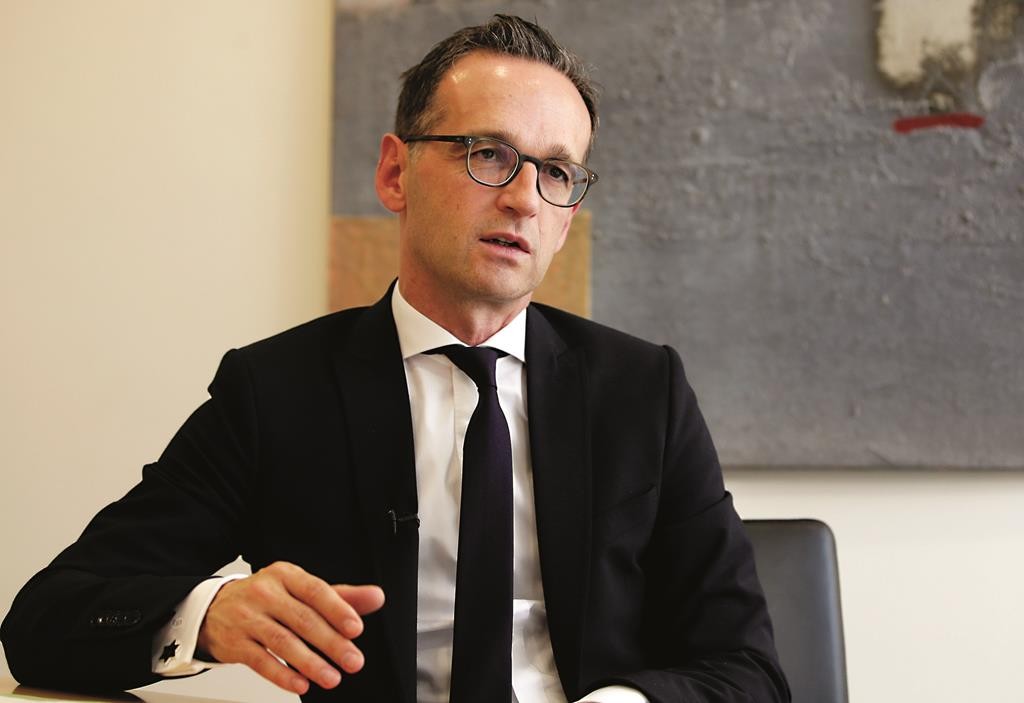 Germany’s Justice Ministry is embarked on a wide-ranging effort to examine the influence that the Nazis had on the country’s legal system, including the role some German officials played in preventing former Nazis from being prosecuted after the war.

The project, 70 years after the end of World War II, comes amid a fresh push to bring surviving Nazi war criminals to justice.

Two trials of alleged death camp guards would have been impossible until recently due to legal hurdles and the existence of a network of former Nazis who worked as lawyers, prosecutors and judges after the war.

“Too many who bore guilt covered for each other,” Justice Minister Heiko Maas told the Associated Press in an interview. “Even at the start of the 1960s, 80 percent of the judges at the Federal Court of Justice had been judges under the Nazis. That illustrates the extent to which the German justice system failed.”

“The stakes are certainly not as high as they once were,” Zuroff told the AP on Tuesday. “Having said that, this is a very, very important historical inquiry that I think will have an important impact on the way German society views the judicial effort and the whole question of bringing Nazis to justice.

“There’s no question that the initial decades could be classified as a very serious failure. Not a complete failure but a serious failure,” he added.

Among the obstacles to prosecuting former Nazis was that German law required proof of direct involvement in a killing for a murder charge — the only crime not covered by the statute of limitations.

This meant that thousands of people who played an important role in the Holocaust weren’t prosecuted.

That changed in 2011 when a German court accepted Munich prosecutors’ new legal reasoning in the case of John Demjanjuk.

They argued that Demjanjuk was a guard at Sobibor, a death camp whose sole purpose was murder, so even if there was no evidence he participated in a specific crime he could be convicted as an accessory for helping the camp function.

The conviction unleashed an 11th-hour wave of new investigations, even though it wasn’t legally binding because Demjanjuk, who always denied serving as a death camp guard, died before his appeal could be heard.

“German jurisprudence took a long time to conclude that it wasn’t necessary to play a personal, concrete, active part but [that it was sufficient] if someone had worked elsewhere to make the death camp function in the first place,” said Maas. “I think that’s absolutely right.”

Though most suspects are now in their 90s, holding them accountable is important for survivors, victims’ families and the German state, Maas said.

“It’s never too late for justice,” he said.

After the high-profile Nuremberg trials of top Nazis and some lesser-known tribunals carried out by the victorious Allied powers, Germany’s judicial system was left to deal with other Nazi-era crimes on its own.

Maas said it was important to convey to a new generation of law students how post-war Germany initially failed in that task.

“The point of this project is to acknowledge the greatest mistake of Germany’s post-war legal system, which was that the justice system — which between 1933 and 1945 was nothing but a stooge of the Nazis — didn’t help to atone for the Nazi crimes after World War II in the young Federal Republic,” he said.

One of the few who spoke out at the time was Fritz Bauer, a German-Jewish lawyer who became the attorney general for Hesse state in 1956.

Bauer was so distrustful of the German authorities and its many former Nazis that when he learned of Adolf Eichmann’s whereabouts in Argentina, he chose to tip off Israel’s Mossad rather than risk that one of the key figures in the Holocaust might be warned by friends in the German justice system.

Maas said several laws tinged by the past are also being re-examined.

One is Germany’s law on murder, which was shaped by Roland Freisler, who held a senior position in the Nazi Justice Ministry and later became president of Nazi Germany’s People’s Court, where he oversaw many prominent trials of opposition figures.

The law, passed in 1941, has long been considered problematic because it draws on the Nazi idea that murder is a crime committed by a certain type of person, such as someone acting out of “lowly motivations” or killing someone in a “sneaky” fashion.

This has led to several errors in classifying crimes.

“We don’t want the language of the Nazis in our criminal code anymore, especially not in one of its central parts that deals with murder and manslaughter,” said Maas.

Another law in the process of being changed concerns the handling of looted art. The issue gained prominence two years ago when it emerged that a reclusive art collector, Cornelius Gurlitt, had more than 1,200 valuable artworks — some of them taken from Jews persecuted by the Nazis.

A draft law would shift more of the burden of proof to the owners of suspected Nazi loot to demonstrate they acquired it in good faith.