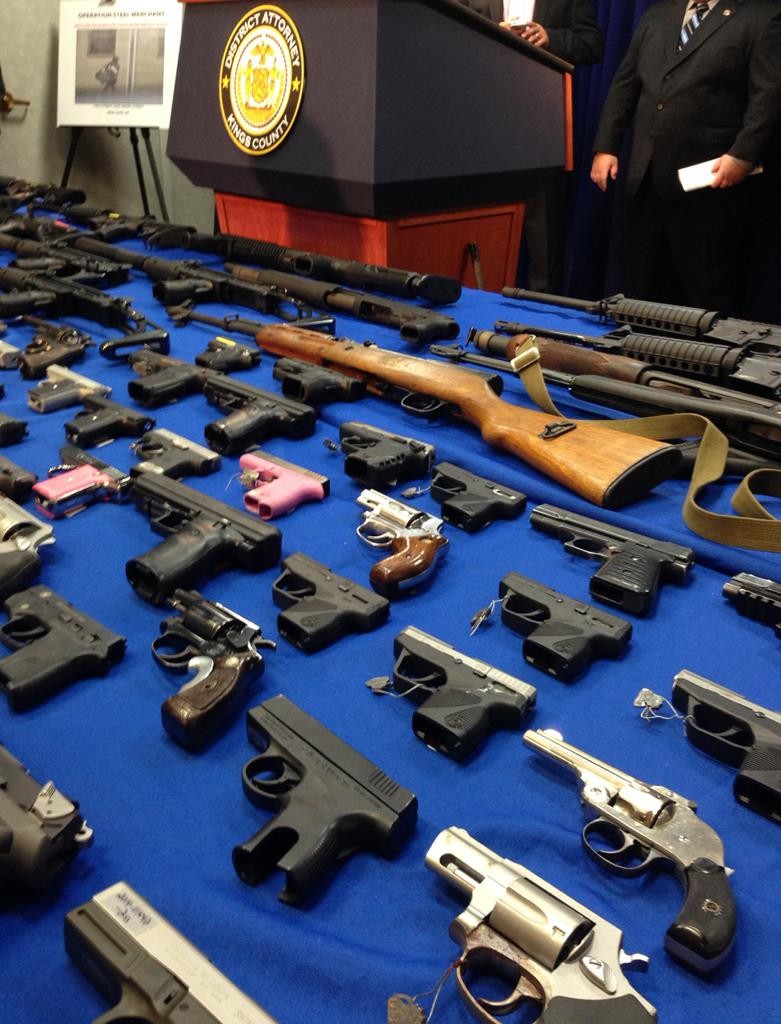 A gunrunner who smuggled more than 100 weapons from Atlanta and Pittsburgh into New York City on cheap interstate passenger buses bragged about it in a cellphone call while carrying a cache in a duffel bag on the streets of Manhattan, prosecutors said Wednesday.

“I’ve got MAC-10s on me, an SK assault rifle and four handguns and I’m walking through New York,” Michael Bassier said in the intercepted phone call in March, according to authorities.

The conversation — evidence in a yearlong undercover probe of a gun-trafficking ring — demonstrates the persistent threat of guns that are bought in states with lax gun-control laws, resold to criminals in New York and used in shootings, authorities said at a news conference announcing the arrests.

Bassier, 31, was among eight reputed members of the gun ring facing conspiracy and other charges. He was being held without bail following an arraignment on Tuesday.

Bassier recruited straw purchasers to pay between $150 to $300 per gun at gun stores and pawn shops and on websites in their home states, then resold them for $800 to $1,200. In all, he provided 112 weapons to the undercover policeman in transactions that often took places in a Walgreens parking lot in Brooklyn.

The wiretap evidence shows Bassier knew exactly what he was doing, prosecutors said.

“I’m selling them the right way and the wrong way,” he said in the intercepted call. “When I’m out of state, like Atlanta and Georgia and all that, it’s all legal … but in New York, it’s completely illegal.”

The person on the other end of the call expressed dismay, telling Bassier, “I thought you said you’ve changed.”