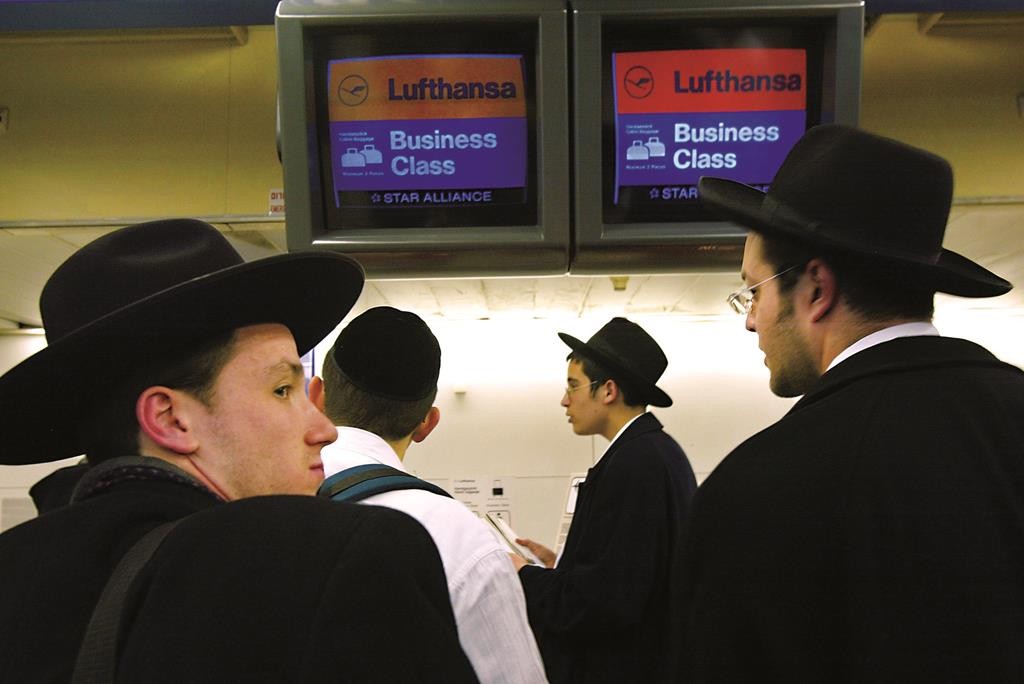 Despite the spate of violent and, in some cases, fatal attacks, R”l, that have gripped Eretz Yisrael in recent weeks, New York-area parents remained steadfast in their decision to send children to study in yeshivos and seminaries there.

“I’m not so nervous,” said the mother of a student studying at Nachlas Bais Yaakov Seminary. “A lot of my friends in the same position are much more worried, and my daughter asked why I wasn’t. I guess I feel it could happen anywhere. You could get hit by a car crossing the street also.”

The mother added that her daughter’s seminary had been on lockdown for the past few days, with students’ movements limited to the campus and group outings arranged by the faculty.

Understandably, many parents have made greater efforts to keep track of their children’s whereabouts and limit their travel. “I make sure that he calls me every day so I know where he is and he has two brothers living there — they keep on top of him — so he’s under observation,” said Blimi Stein, whose son is studying in Yeshivas Torah v’Yirah in Beit Shemesh.

“I warned them to stay in yeshivah, not to go to the Old City, the Kosel or anyplace else,” said a father with two bachurim in Yerushalayim yeshivos, who asked not to be named.

However, when it came to the actual decision to send them for the new zman, the father said he had never hesitated.

“They’re going there to learn the heilige Torah,” he said. “The Rabbanim didn’t assur people from going. The planes are flying, the borders are open, and the zman started — so, I sent them.”

“Even though we are naturally anxious for our son’s safety, we are proud to have someone there contributing through his learning to the protection of all Yidden, whom we continue to daven for,” said Shimon Shwartz. “I do feel that there is a silver lining to this dark grey cloud, in that our son is contributing to Klal Yisrael in a very real, close way, and knows that his learning is especially important now. This can only deepen his connection to Klal Yisrael and his emunah in Hashem Echad.”

“Obviously we are concerned and are keeping in touch more than usual,” said Frieda Loshinsky, whose son is presently at Yeshivas Chofetz Chaim in Yerushalayim. “We aren’t judging anybody who decided differently, but it would never occur to us to bring him back.”

She said that few yeshivos had instituted formal lockdowns, but that she had cautioned her son to be extra “alert” and not to visit the Old City or Kosel.

Tuesday’s brutal terror attack in the heart of Yerushalayim added a new dimension to people’s anxiety, but seems not to have changed parents’ commitment to their children’s learning there. Mrs. Frady Schwartz’s son’s dorm room is only two blocks from the location of the deadly assault and he personally knows one of the men who helped subdue the terrorist.

“He called to let us know he was okay before I even heard about the attack,” she said.

Mrs. Schwartz admitted that she was “jumpy” and “scanning the news and calling often.”

“He [her son] can’t wait for the zman to start tomorrow, when he’ll be too busy to worry or consider going anywhere.

“‘I want to do something to help,’ he said, ‘but I don’t think going to the Kosel to daven is a good idea. I guess I’ll just go to the beis medrash and start the zman early.’

“‘Just do whatever your Rosh Yeshivah tells you,’ I told him. ‘Following daas Torah will, iy”H, protect you.’”

Travel agents who specialize in flights from America to Eretz Yisrael said that the recent strife, so far, had had little effect on sales.

“As of now, we haven’t seen much change,” said Tzipporah Gestetner of Monsey’s Main Street Travel. “I haven’t gotten a single call asking to cancel, just the regular students booking tickets for the zman. From my work alone, I wouldn’t know that there is anything going on in Eretz Yisrael.”

A representative of Do-All Travel, who asked that her name not be used, said that many who had planned to go for tourism in the next few days had canceled or postponed their trips. “They want to be able to go to the Kosel and Kever Rochel, so a lot of them are waiting,” she said.

However, the representative added, this trend had not affected students traveling back this week.

“They’re planning to go for a year or more,” she said. “They are thinking about the long term and, hopefully, this will all be over soon.”

“During this time of escalated unrest and terrorism, having children with their families living in Eretz Yisrael is an exercise in emunah and bitachon,” said a Brooklyn mother. “It’s a reminder that we are not in control of the situation. Hashem is. What we are in control of are the amounts of tefillos, tzedakah and maasim tovim we do as a zechus for their shemirah.