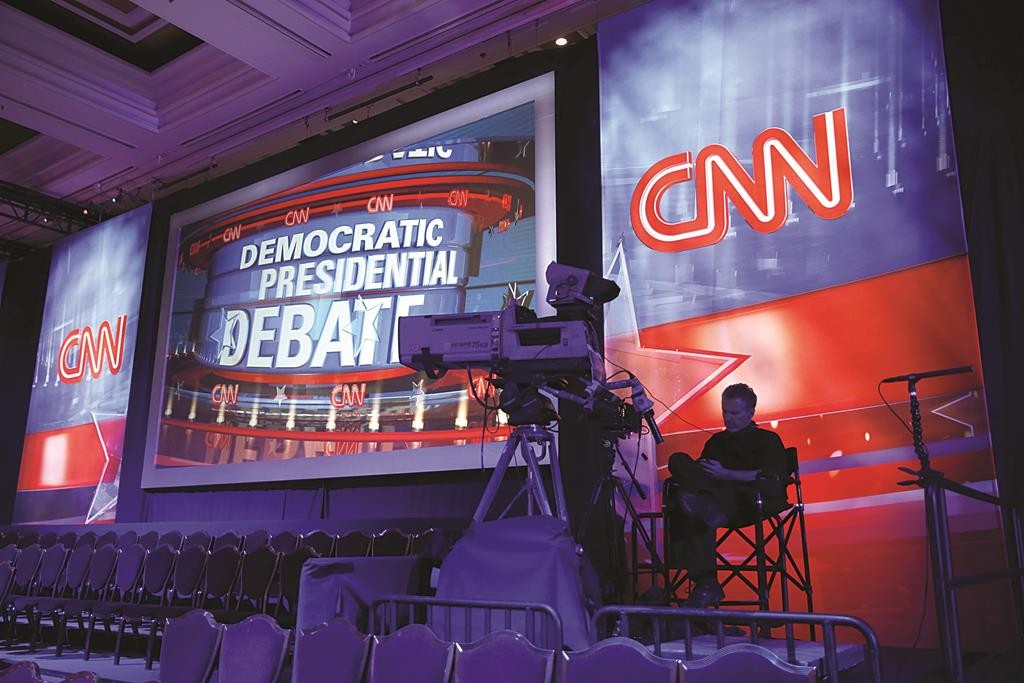 Hillary Clinton entered Tuesday night’s first Democratic debate as a weakened front-runner, anxious to move past the controversy over her email practices and persuade voters she’s the best-qualified candidate to lead the party to a third straight term in the White House.

Clinton, the former secretary of state, faces her biggest challenge from Bernie Sanders, the rumpled independent senator from Vermont who has energized liberals with his call for a “political revolution.”

While Clinton maintains financial and organizational advantages over her Democratic rivals, months of Republican criticism of her use of personal email and a private internet server while in the Obama administration have shadowed her campaign and hurt her standing with voters. The Associated Press reported Tuesday that Clinton’s server was connected to the internet in ways that left it somewhat vulnerable to hackers.

A trio of low-polling candidates looking for a breakthrough moment joined them on stage: former Maryland Gov. Martin O’Malley; Jim Webb, a former Navy secretary and U.S. senator from Virginia, and Lincoln Chafee, the Republican-turned independent-turned Democrat from Rhode Island.

In recent days, Sanders has stepped up his efforts to draw a contrast with Clinton, casting her as a late-comer to the liberal positions he’s held for decades.

After Clinton announced her opposition to a sweeping Pacific Rim trade deal, a pact she had previously called the “gold standard,” Sanders said he was glad she’d come around to “a conclusion I reached on day one.”

Indeed, Clinton has increasingly moved to the left on domestic policy since announcing her campaign this spring, including voicing opposition to the Keystone XL oil pipeline and support for expanded gun control legislation. While she rarely mentions Sanders by name, she’s suggested her proposals are more realistic and well-formed than those espoused by the Vermont senator.

In an interview with NBC last week, Clinton went after Sanders’ call for free college tuition, a popular initiative among progressives.

“I’m a little different from those who say ‘free college for everybody,’” Clinton said. “I am not in favor of making college free for Donald Trump’s kids.”

Meanwhile, not on the scene at the debate but on many minds is Vice President Joe Biden.

Biden, flirting for weeks with a late entry into the race, had nothing new to say. His office said he will be watching from his residence in Washington.

Despite the Biden speculation, the Democratic primary has lacked the drama of the Republican contest and the unexpected rise of Donald Trump. Debate host CNN said it expected significantly lower ratings for the debate than for the Republican contest the cable channel hosted in late September, which drew an audience of 23 million.

White House spokesman Josh Earnest said he expected President Barack Obama to watch at least some of his party’s debate.