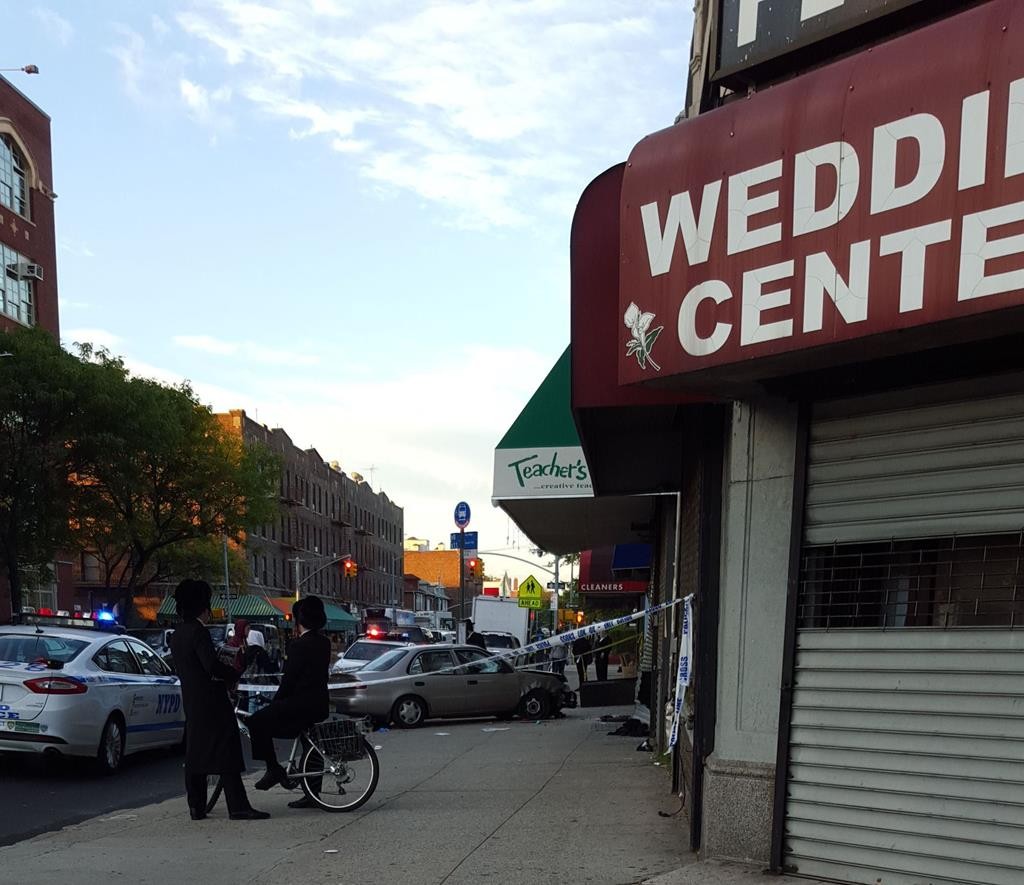 A driver who lost control of his car early Wednesday jumped the sidewalk and crashed into two people standing at a bus stop on Boro Park’s 18th Avenue before smashing headlong into a popular school supplies store.

A surveillance camera video caught the incident, which took place on 47th Street at approximately 5:30 a.m. The driver, who was not charged, hit an MTA city bus before swerving onto the sidewalk and striking the two males, injuring one moderately and the other lightly. The car then hurtled into Teacher’s Edition, a longtime Boro Park store.

One victim was able to get up and was seen limping away. The men, who are both 46, were transported to Lutheran Medical Center where they were listed in stable condition, according to ABC News.