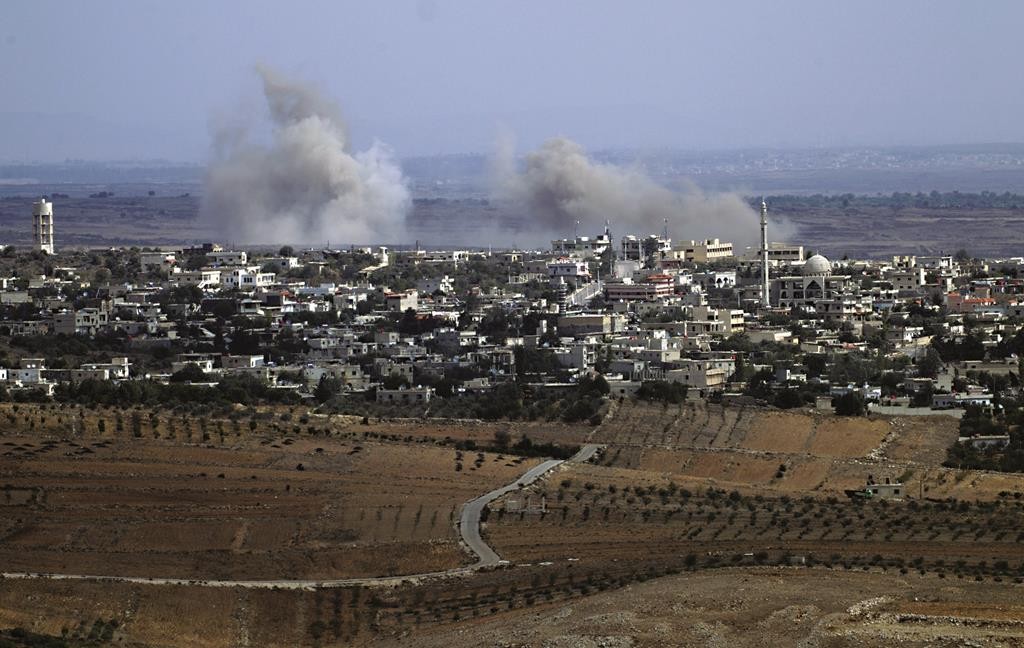 The security incidents all over Israel, including Yehudah and Shomron and at the borders, have been stepped up over the past two days. More and more incidents are occurring and it is no longer only knives and stones; there is now live fire.

That is a crucial stage that leads to bombs and suicide bombers and is probably the reason that all the security and defense echelons in Israel have heightened the alert level of rescue and police forces to the highest level.

The IDF’s attention has also been alerted to the northern and southern borders, in addition to Yerushalayim and the center of the country.

In the north, the IDF bombarded several Syrian outposts a few hours after mortars were fired from Syrian territory in the Golan Heights to the Israeli part of the Heights. B’chasdei Shamayim, no one was injured, but Israel stuck to its policy of reacting to every such incident, and instructed the IDF to bombard Syrian army targets.

A senior security official said yesterday that the IDF holds the Syrian army responsible for what happens and will not tolerate any attempts to violate Israeli sovereignty, even if it is errant fire from internal Syrian fighting.

The tension continued in the south as well, where, along the border between Israel and the Gaza Strip, several security incidents took place on Tuesday. Among them was direct sniper fire from the Gaza Strip towards a convoy of vehicles carrying senior army officers. No one was injured, but damage was caused to the vehicles.

Hamodia’s military correspondent notes that this is the second incident of live fire from the Strip into Israel. On Monday, the fire was aimed at a group of civilian IDF workers who had come to repair breaches in the fence made by Palestinian demonstrators this past week. That fire was aimed at Kissufim; no one was injured, and there was no damage.

Concurrent to these shooting incidents, hundreds of Palestinians continued demonstrating along the Gaza Strip border. Again and again they try to bring down the fence or to breach it and penetrate Israeli territory. They failed to do so yesterday after the IDF deployed large numbers of forces who dispersed the crowds with tear gas.

From north to south to center: If anyone had any doubt about it, the terrorists have begun using live fire. It happened on Monday near Kever Rochel, and then again on Tuesday: In Chevron on Tuesday, an Israeli vehicle was fired upon. Things came to a head in Yerushalayim on Tuesday when two terrorists boarded a bus in the southern part of the city, one of them armed with a gun that he used to shoot at passengers, and another armed with a knife. He stabbed one passenger after another before the terrorists were subdued and killed.

In Migdal Ha’Emek, in the north, a gas station worker noticed two youths whispering to each other and examining knives in their pockets. She quickly called police, who arrived in large numbers and arrested the  two after a chase, during which the suspects tossed away the knives and screwdrivers they were carrying. The two admitted under interrogation that they had come to carry out a terror attack. They were two Israeli Arabs with blue ID cards from the Israeli Arab town of Yefia in the north

In Beit Lechem, Chevron, and Binyamin, dozens of incidents of stoning and firebombs were reported, where buses and civilian and military vehicles were targeted. At Kever Rochel, IDF soldiers shot at three Palestinians who tried to approach a military outpost with a firebomb in their hands. In Chevron, three more Palestinians were arrested during massive rioting in the center of the city.

A Palestinian demonstrator was killed by the IDF at Kever Rochel. Concurrently, three more were injured after throwing stones at an IDF force in Chevron.

Near the Tarkumiyeh crossing, near Chevron, riots broke out between Palestinians and IDF soldiers. A police cruiser was damaged after rioters shattered the windows. No one was injured, but extensive damage was caused.

There were also numerous incidents yesterday in Arab towns within Israel, including large demonstrations held by Israeli Arabs waving Palestinian and Hamas flags and at which solidarity with the terrorists was expressed.

Some 30,000 Palestinians participated in a solidarity rally with terror groups and terrorists who carried out the attacks, in Sachnin, in the Galil, on Tuesday evening.

During the day on Tuesday, the commercial sector Arab cities were on strike, and by contrast to the previous attempt at such a strike during Operation Protective Edge, many complied and almost all businesses were closed.