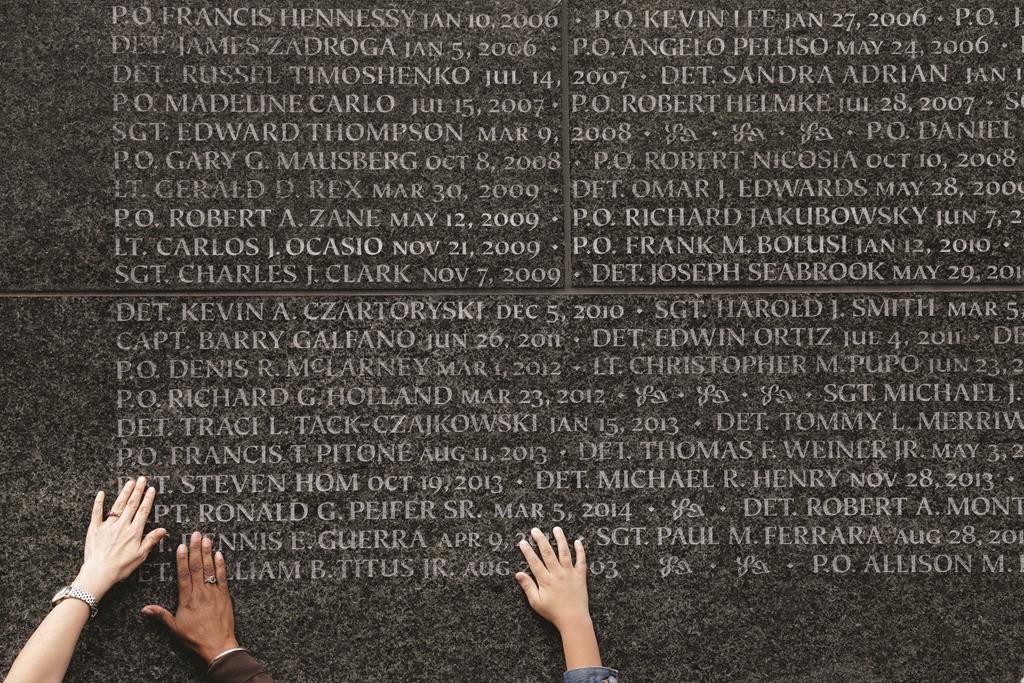 Officials on Tuesday added 18 names to a memorial wall for New York Police Department officers who died in the line of duty.

Among the names unveiled were those of Detective Rafael Ramos and Detective WenJian Liu, who were shot and killed inside their patrol car in December by an anti-police protester who later killed himself.