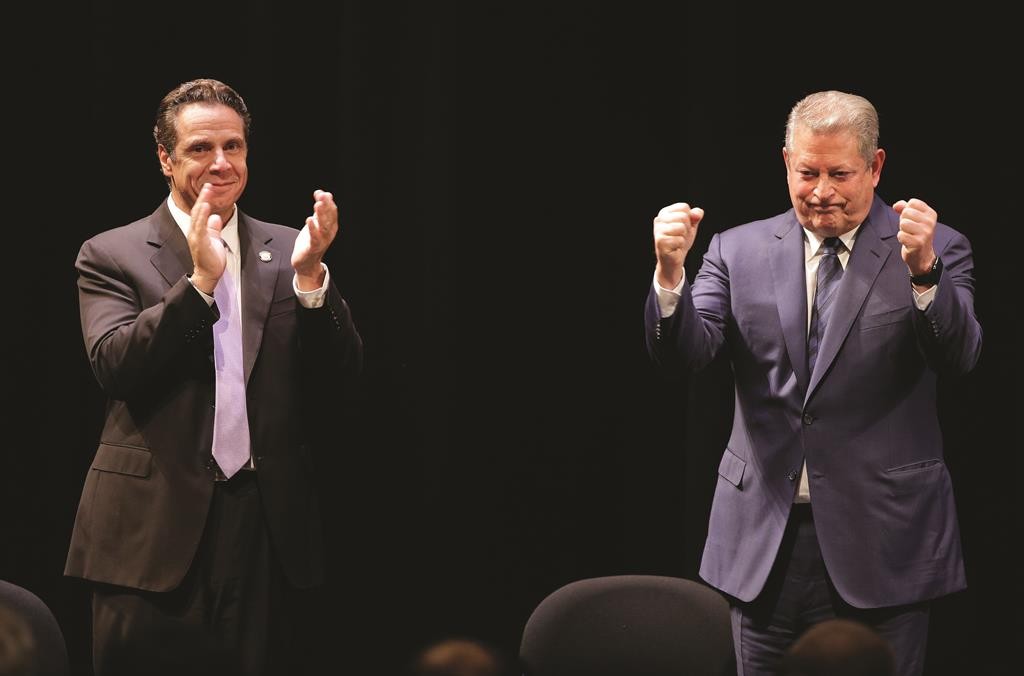 The Under Two MOU, a memorandum of understanding signed by more than three dozen government leaders, affirmed New York’s commitment to helping keep the Earth’s average temperature from rising more than 2 degrees Celsius and committed the state to working to reduce greenhouse gas emissions about 40 percent by 2030. Cuomo said he hoped New York would be able to generate 50 percent of its electricity from renewable energy sources by then.

“Climate change is an issue of society’s sustainability. To deny that climate change is real is to defy reason … denial is not a survival strategy,” Cuomo told an audience of a few hundred people at Columbia University before signing the agreement.

While many scientists allege that the climate is changing and that humans are the cause, a significant minority deny the assertion. They say that the change is part of a long term pattern.

Former vice president, environmentalist Al Gore sat next to Cuomo on stage. He said he hoped New York’s commitment would send a strong signal to world leaders and encourage others to make the same pledge.

Cuomo said to ignore climate change “is gross negligence by government and irresponsible as citizens.”

Gore claimed that Superstorm Sandy in 2012 was able to gain strength because it passed over ocean waters that were about 9 degrees warmer than normal.

“The cumulative amount of manmade global warming now traps as much extra heat energy every day as would be released by 400,000 Hiroshima-class atomic bombs exploding every 24 hours,” he said, adding that most of the energy goes into the oceans.

Years ago, Gore had warned that the globe would be so warm by 2016 that it would be unsalvageable.