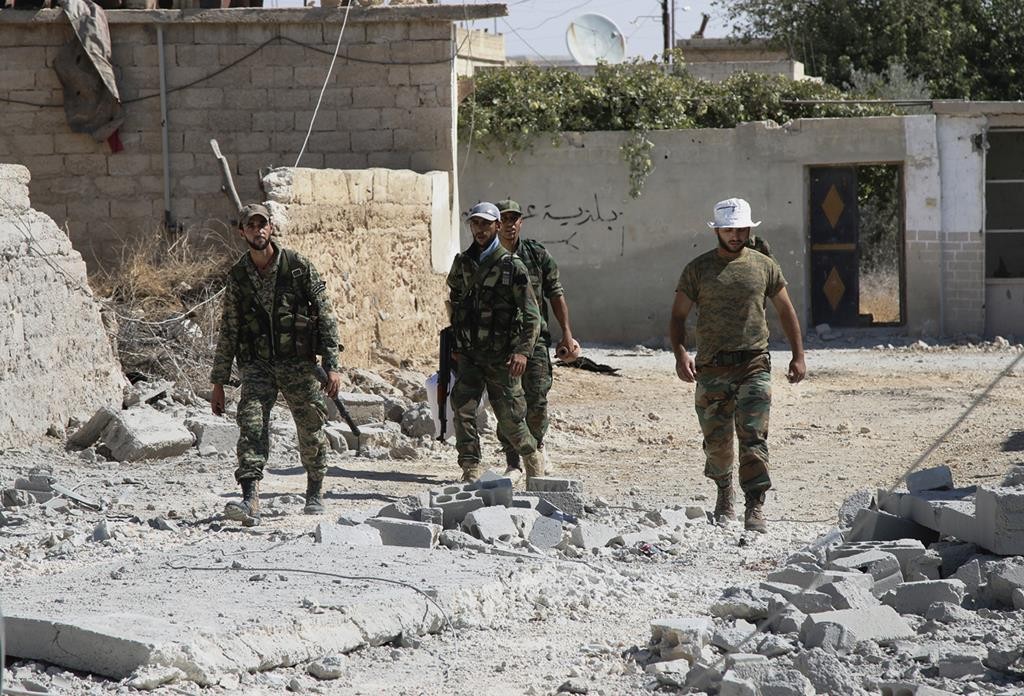 Col. Steve Warren, a spokesman in Baghdad for the U.S. military command in charge of the anti-IS campaign in Syria and Iraq, said by email that the airdrop was conducted Sunday by Air Force C-17 cargo planes. He did not identify the Arab groups that received the supplies but said their leaders had been vetted and have been fighting to remove IS from northern Syria.

The airdrop is in line with a revamped U.S. approach in Syria. The Obama administration announced last week that instead of trying to build a new Syrian rebel force, it will provide equipment, including ammunition, to existing Syria rebel groups who share the U.S. goal of defeating IS.

Separately, a local Kurdish official in the northern Syrian city of Kobani said the U.S. had provided 120 tons of weapons and ammunition to the main Kurdish militia fighting the Islamic State in that area, the People’s Protection Units, or YPG. The official, Mustafa Bali, said he did not know whether the supplies had been provided by air or over land.

The U.S. military headquarters in charge of the coalition campaign against IS said in an email to The Associated Press that it had made no delivery of weapons or ammunition directly to the Syrian Kurds in the last week.

Spokesmen for the YPG did not return calls to the AP.

Bali and the Britain-based Syrian Observatory for Human Rights, which relies on a network of activists across Syria, said the YPG and other factions have formed a “Forces of Democratic Syria” coalition whose main aim will be to fight IS.

Russian President Vladimir Putin was rebuffed in his bid to gain support for his country’s bombing campaign, with Saudi sources saying they had warned the leader of dangerous consequences and Europe issuing its strongest criticism yet.

On Monday, Russian Foreign Minister Sergei Lavrov said those talks, along with discussions with the United States, had yielded progress on the conflict, although Moscow, Washington and Riyadh did not agree in full “as yet.”

A Saudi source said the defense minister, a son of the Saudi king, had told Putin that Russia’s intervention would escalate the war and inspire terrorists from around the world to go there to fight.

Riyadh would go on supporting Assad’s opponents and demand that he leave power, the source said, speaking on condition of anonymity.