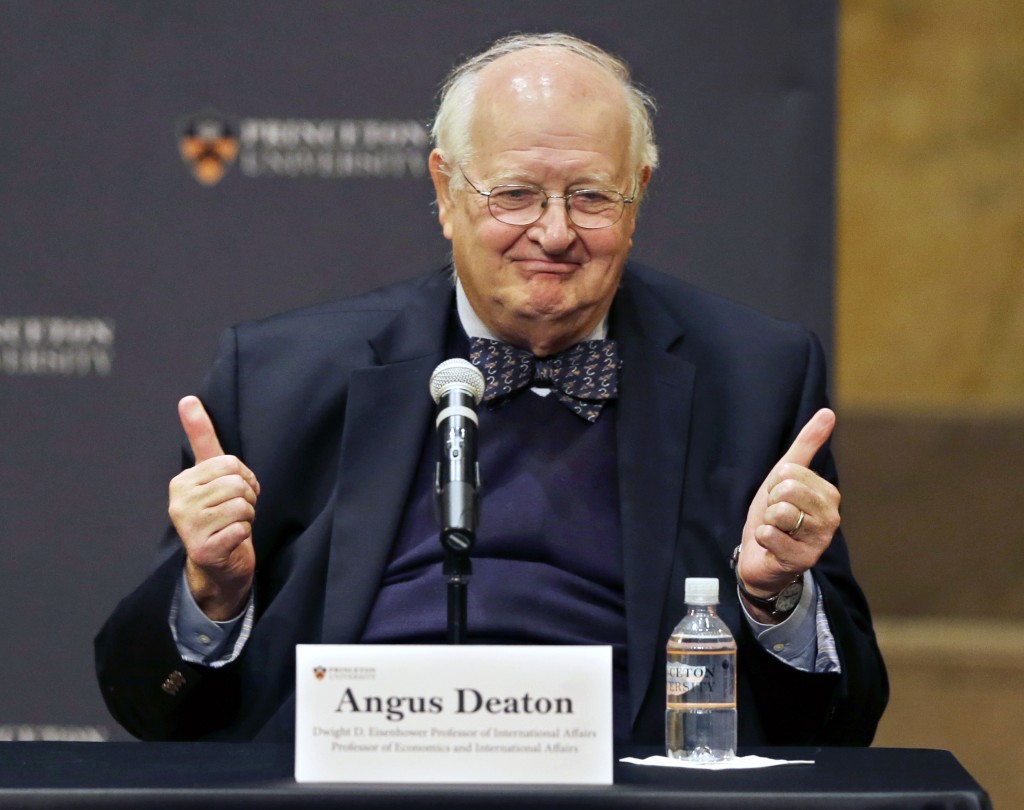 A Princeton University professor on Monday won the Nobel memorial prize in economic sciences for his research on consumption, poverty and welfare.

In awarding this year’s $960,000 prize to a single person, Angus Deaton, a Scottish-born microeconomist, the Nobel committee said his work had deepened understanding of core issues of consumption, including measuring the living standards and poverty in developing countries.

Deaton, 69, is a citizen of the United States and the United Kingdom.

“I’m absolutely delighted,” he said in a telephone interview with the Nobel committee in Sweden, where the prize was announced. Deaton said he was particularly pleased that research concerned with the poor and how they behave was being recognized.

Last year, the Nobel Prize in economics was awarded to French economist Jean Tirole for his research on how large firms should be regulated to prevent consumers from being hurt by their monopolistic power.

The economics award, officially called the Sveriges Riksbank Prize in Economic Sciences in memory of Alfred Nobel, was created in 1969 to celebrate the 300th anniversary of the Bank of Sweden, the world’s first central bank.