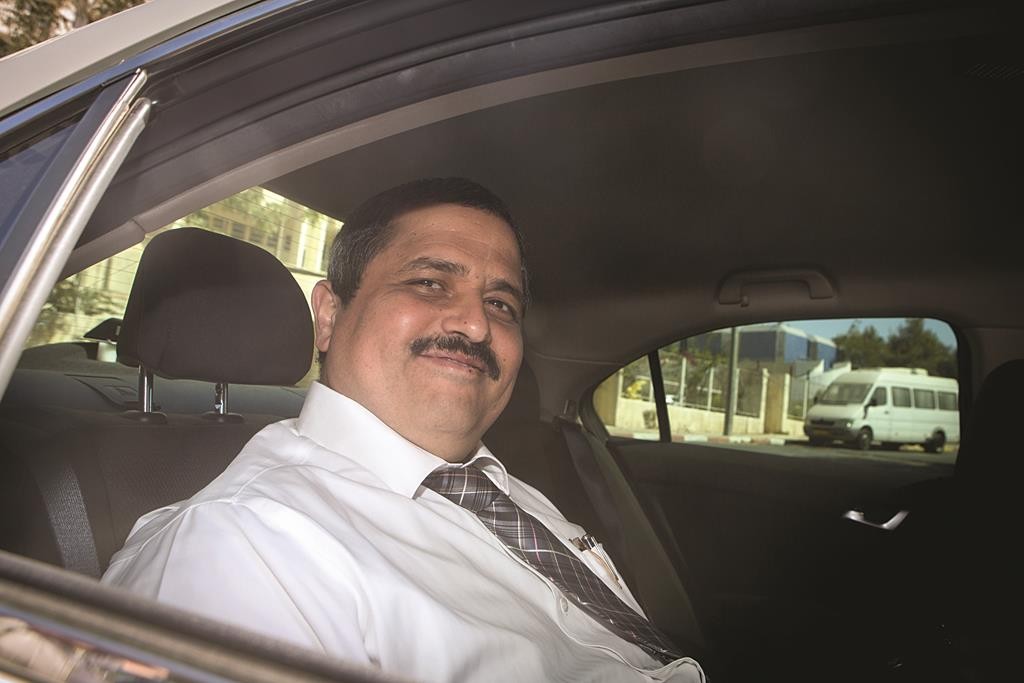 Israeli officials passed further benchmarks in toughening their response to Palestinian terror attacks on Sunday, as additional police were moblized, the cabinet passed a minimum punishment for rock-throwers and prosecution of Arab MKs engaged in incitement was threatened.

Thirteen reserve Border Police companies comprising hundreds of additional personnel were called out for deployment over the weekend in Yerushalayim, Arab cities and in mixed Jewish-Arab areas where friction was likely to increase.

The capital has already had police patrols bolstered by about 2,000 officers, in a highly visible show of force.

Prime Minister Binyamin Netanyahu said: “I have ordered the mobilization of Border Police companies in order to restore security and order in Yerushalayim and around the country. We will continue to do all that is necessary.”

“We are at a very high level of preparedness,” said Interim Police Chief Deputy Commissioner Bentzi Sau. “That said, you have to remember that we are working with a lack of resources. Yesterday, the prime minister directed me to present within two weeks a program to significantly reinforce the Israeli Police.”

The cabinet unanimously confirmed the appointment of Shin Bet deputy head Roni Alsheich as the Israel Police Chief on Sunday. He was already approved by the Turkel vetting commission and will take over from Sau in the coming days.

Alsheich, 52, previously served as the acting Shin Bet chief, and prior to that in the IDF’s Paratroop Brigade.

The Cabinet also voted unanimously for Netanyahu’s proposal to impose a four-year minimum sentence on those who throw rocks, firebombs and fireworks, and to impose fines on minors and their parents.

Netanyahu said: “We are doing this as an emergency measure and will consider the extent of its implementation; if need be, we will make the law more severe.”

The measure went through despite the opposition of Attorney General Yehuda Weinstein, even though the latter’s office has usually been deferred to on major legal matters.

Justice Minister Ayalet Shaked (Jewish Home), who has been pushing for tougher legislation for several months, explained that the decision did not constitute an overthrow of anybody’s authority.

“The Attorney General’s right and duty,” she said, “is to give his opinion. In the end, if there isn’t something unconstitutional about the legislation, it is the government that decides whether to legislate it or not.”

Netanyahu also addressed the problem of incitement coming from the Israeli-Arab political leadership, urging prosecution in the case of MK Hanin Zoabi.

Zoabi, the prime minister said, called on hundreds of thousands of worshippers to ascend to Har Habayis to prevent an “Israeli plot of bloodletting of east Yerushalayim residents.” He has asked the attorney general to open a criminal investigation against Zoabi.

In addition, Likud MK David Bitan is preparing a bill to impose heavy fines on MKs who incite to violence, Arutz Sheva reported on Sunday.

Designed as an amendment to the Knesset Code of Ethics, which is currently under revision, MKs could be fined as much as six salaries for incitement. The basic salary for a Knesset member is NIS 39,000 ($9,900).

Incitement attributed to the Muslim Brotherhood and Israel’s Islamic Movement was on the agenda for an “emergency meeting” scheduled for later on Sunday.

Netanyahu declared his support last Thursday for outlawing the Islamic Movement. “We are conducting exhaustive and meaningful discussions into the question of outlawing them,” he said. “There is no question that we will take strong action against them.”

Transportation Minister Israel Katz seconded the proposal, accusing the Northern Branch of the Islamic Movement of being a main cause of violence through a deceitful but effective propaganda campaign.

“I hope that a decision will be made in the coming days to outlaw Sheikh Ra’ad Salah and the Northern Branch of the Islamic Movement, because they are the main inciters who have established a ‘start-up’ over the last 25 years saying we want to destroy al-Aksa, that al-Aksa is in danger.”

In a related item, Netanyahu spoke Friday with Secretary of State John Kerry, and said he expects the Palestinian Authority to end the “wild and lying incitement” that is exacerbating the situation.