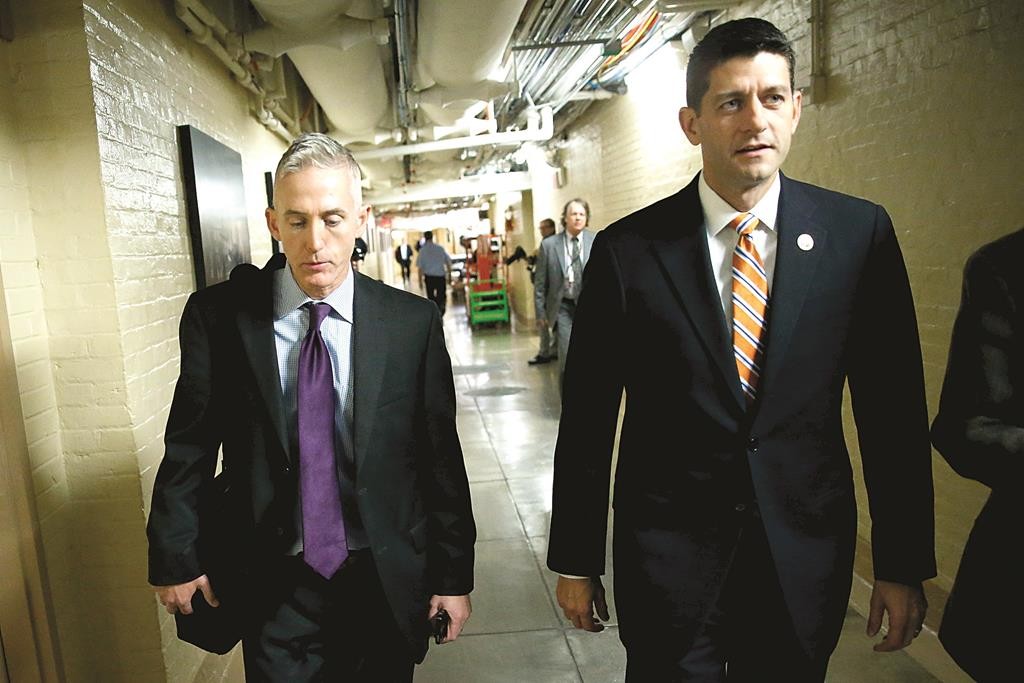 If rebel conservatives and establishment Republicans in the House can agree on anything, it’s likely supporting Paul Ryan for speaker.

Across the Sunday talk shows, members of the Freedom Caucus that helped drive Speaker John Boehner toward retirement said they could swing behind Ryan in the wide-open race for a successor. That’s what Boehner and his allies want, too. But the fragile, theoretical consensus falls apart over just how the speaker should wield power.

Freedom Caucus members want major changes in how the House works, including shifting some power from their speaker to committee chairmen. The ideal speaker, these conservatives say, would answer to Republicans, even if that leads to such consequences as government shutdowns. Others see the speaker as responsible, ultimately, for governing — the minimum, senior Republicans say, required to maintain GOP majorities in Congress and win the presidency in the 2016 elections.

The debate tangles the Constitution with obscure House rules and palace intrigue. But the answer could help Ryan decide whether to steer a caucus that many say can’t be led. The path forward seemed to rest on Ryan’s answer, which on Sunday remained, “no thanks.”

“Paul Ryan is a good man. He’s a great communicator, the kind of messenger I think our party needs,” Freedom Caucus Chairman Jim Jordan (R-Ohio) said on Fox News. “And certainly, if he gets in the race, I think our group would look favorably on him.”

The prospect of Ryan as speaker arose after a rollicking two weeks on Capitol Hill, in which Boehner announced his resignation and his heir apparent, Majority Leader Kevin McCarthy, abruptly withdrew his candidacy. Freedom Caucus members had presented McCarthy with a list of demands that he and top aides concluded could be next to impossible to meet, including a seat at the leadership table, a role in selecting committee chairs and members, and more votes on their legislative proposals.

A leadership crisis resulted, with Ryan the only person widely deemed acceptable to fill it — under certain conditions. He has said repeatedly he doesn’t want the job, but is said to be thinking about it.

One Republican close to Ryan said that the only scenario in which Ryan might end up as speaker is if he were to be selected by unanimous acclamation, not subject to bargaining with the Freedom Caucus. This Republican demanded anonymity to discuss private considerations.