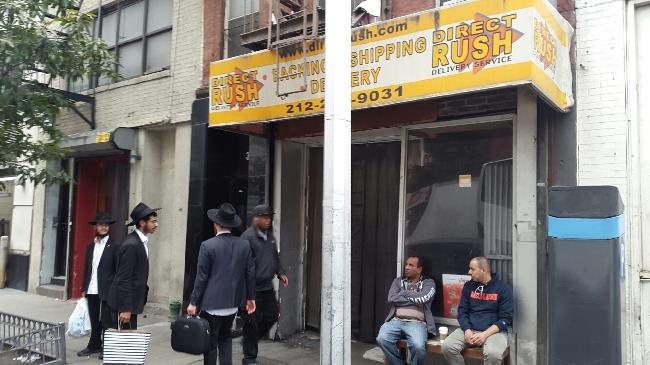 A burning bottle was thrown at two Orthodox men in Manhattan this past Friday afternoon. Nobody was injured and the perpetrator could not be identified.

Yosef Rachimi and Yisroel Gadasi are both natives of Eretz Yisrael and have been studying at a Lubavitch Yeshivah in Crown Heights. They regularly visit the area where the incident occurred to encourage secular Jews to put on tefillin.

The two were standing on 37th street near Ninth Avenue when Yosef felt an intense rush of heat. They looked down to discover the remains of an exploded “Molotov cocktail,” a bottle filled with flammable liquid and a lighted wick. The burning object had rolled into and damaged a bicycle, but completely missed Rachimi and Gadasi.

Several passersby helped to extinguish the fire and clean up the area. The damaged bicycle, which had been chained to a lamppost, was removed from the scene.

“When my brother first told me about the bomb, I could hear that he was very frightened,” Menachem Rachimi, Yosef’s brother, told Hamodia. “I myself returned to the scene and saw the broken glass and where the fire had burned.”

The two students did not see who threw the bottle, and police are unsure as to whether they were the intended target. An investigation is underway.