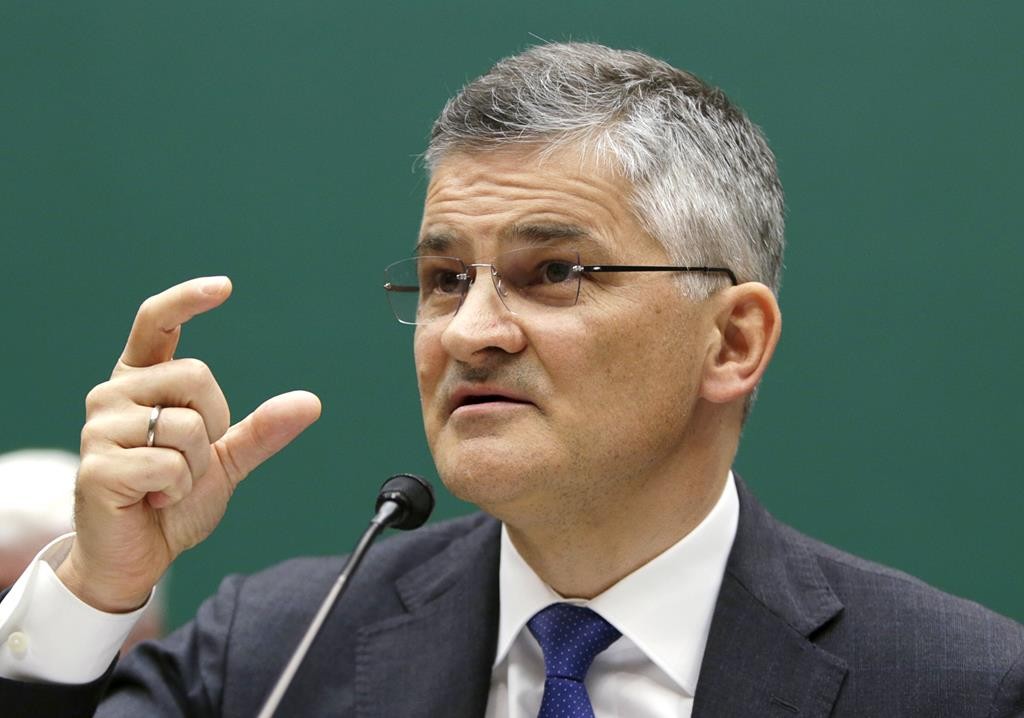 A top Volkswagen executive on Thursday blamed a handful of rogue software engineers for the company’s emissions cheating scandal and told outraged lawmakers that it would take years to fix all the nearly 500,000 vehicles affected in the U.S.

“This was a couple of software engineers who put this in for whatever reason,” Michael Horn, VW’s U.S. chief, told a House subcommittee hearing. “To my understanding this was not a corporate decision. This was something individuals did.”

Horn, chief executive of Volkswagen Group of America, apologized for the scandal and said he only learned of the problem a couple of days before the company admitted it to regulators on Sept. 3.

He revealed that three VW employees have been suspended in connection to the so-called defeat devices in the automaker’s diesel vehicles, which lowered emissions during testing.

When the cars were on the road, regulators said they spewed up to 40 times the legal amount of nitrogen oxide.

Rep. Chris Collins (R-N.Y.) said it “defies credulity” that a couple of employees were responsible for the scandal.

“I cannot accept VW’s portrayal of this as something by a couple of rogue software engineers,” Collins said. “Suspending three folks, it goes way, way higher than that.”