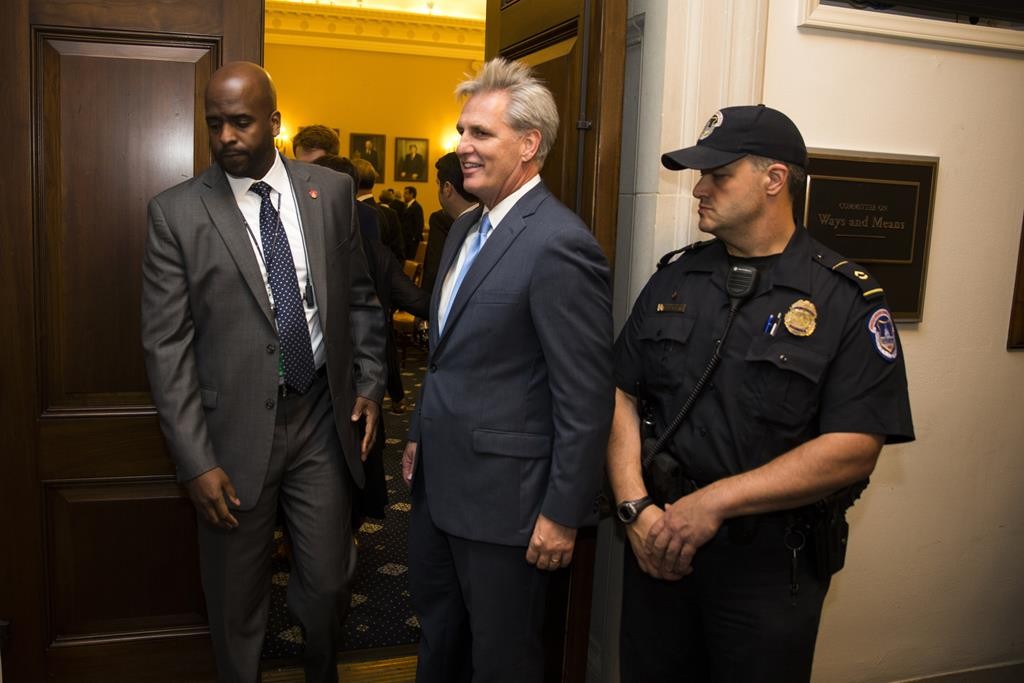 Without warning, Majority Leader Kevin McCarthy withdrew Thursday from the contest for speaker of the U.S. House, shocking fellow Republicans just before voting was to begin and plunging Congress into chaos.

Lawmakers said they were thunderstruck following McCarthy’s announcement, which came moments after they had shown up for an election nearly certain to end with McCarthy as their pick. A mere two weeks ago outgoing Speaker John Boehner announced his plans to resign under conservative pressure, also without warning and stunning to all.

Boehner, who planned to leave Oct. 30, said in a statement that he would stay on “until the House votes to elect a new speaker.”

McCarthy said, “Over the last week it has become clear to me that our conference is deeply divided and needs to unite behind one leader. I have always put this conference ahead of myself. Therefore I am withdrawing my candidacy for Speaker of the House.”

Speaking to reporters, McCarthy said: “For us to unite, we probably need a fresh face.” He said he didn’t want to win by eking out a victory,  because the House needs a speaker with strong GOP support. McCarthy was opposed by a small but determined bloc of conservatives.

The Speaker’s election was postponed, as may be the scheduled Oct. 29 vote for Speaker by the full House, Democrats as well as Republicans.

What happens next is unknown. McCarthy was by far the heavy favorite to replace Boehner. Congress is facing major budget deadlines and fiscal decisions.

Meanwhile, the lawmaker most widely seen as a potential speaker in McCarthy’s place immediately ruled it out.

“Kevin McCarthy is the best person to lead the House, and so I’m disappointed in this decision,” said Rep. Paul Ryan of Wisconsin, the former vice-presidential nominee who now chairs the Ways and Means Committee. “While I am grateful for the encouragement I’ve received, I will not be a candidate.