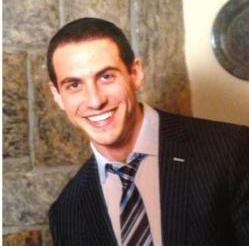 The family of a 29-year-old Jewish man who went missing this week is pleading for the public’s assistance in finding him, with a $20,000 reward offered for information leading to his discovery.

Yossi Gerson of Lawrence, a medical school student, was last seen by his mother as he left his house on the morning of Shemini Atezres. He was wearing a gray sweat shirt, dark pants and a baseball cap. The Nassau County Missing Persons Squad has led a search, assisted by the NYPD and hundreds of volunteers from Shomrim, Hatzolah and friends.

“There isn’t much to say other than we are heartbroken,” said Yossi’s parents, Alan and Wendy Gerson, in a statement. “Our dear Yossi has vanished without a trace and we are asking and begging everyone everywhere to be our eyes and ears in the hopes that somebody has seen something.”

The family is asking people to daven for Yosef Yechiyeh ben Devorah.