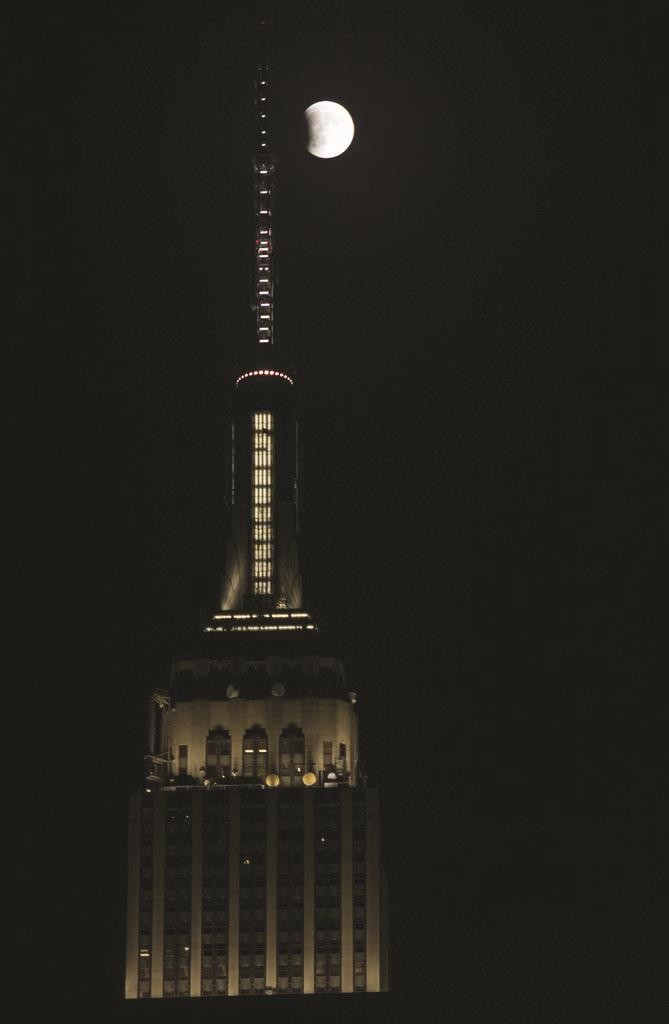 The first night of Sukkos treated stargazers to a rare astronomical phenomenon to watch through the s’chach, when a total lunar eclipse combined with a so-called supermoon.

The twin event, which last occurred in 1982 and won’t return again until 2033, was visible in the United States, Europe, Africa and Western Asia last Sunday night into Monday morning. The weather cooperated partially, with the Earth slowly injecting itself into the sun’s rays bouncing off the moon in an hourslong event.

The most dramatic part came in the middle, when just before the moon disappeared from sight, it turned a glowing red color.

When a full moon makes its closest approach to Earth, it appears slightly bigger and brighter than usual, and has a reddish hue. That is called a supermoon.

This year, it coincided with a full lunar eclipse where the moon, Earth and sun were lined up, with Earth’s shadow totally obscuring the moon.

The event occurred on the U.S. East Coast at 10:11 p.m. In Europe, the action unfolded before dawn Monday.

The event has happened only five times since 1900, with no occurances in the prior 300 years.