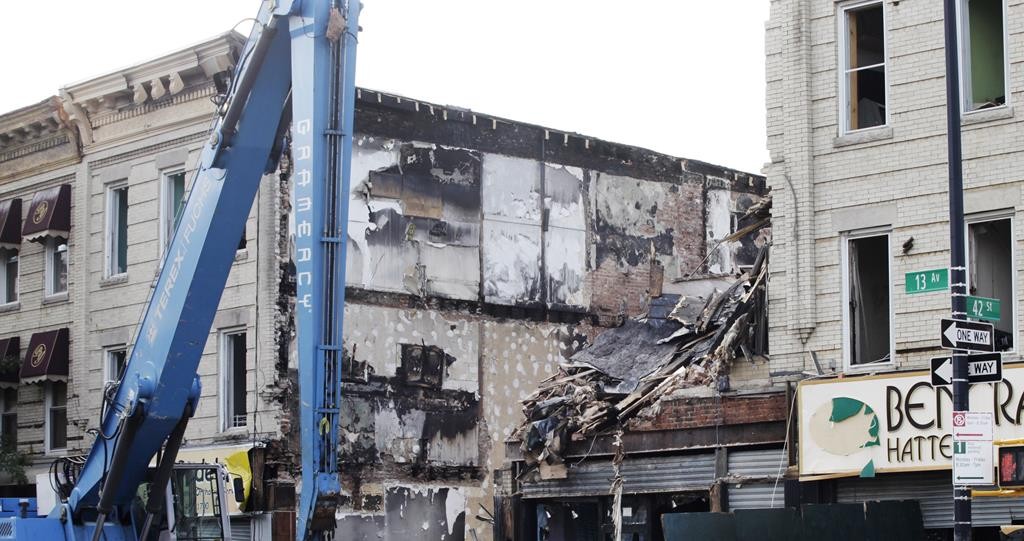 A second body was discovered Monday in the rubble of a Boro Park apartment building that exploded over the weekend.

No identification had been made, and it could take time to identify the body. But authorities have said 47-year-old Francesca Figueroa apparently was moving out of the second floor of the Brooklyn building during the blast Saturday. Her sister, Nicura Figueroa, said she was missing.

Authorities say the blast happened after a stove was removed from a gas line that may not have been properly disconnected. Nicura Figueroa said her sister was cleaning out her apartment because her landlord pressured her to move, though it was unclear why.

“They wanted her to get out,” she said. A family friend described her as a “hard worker.”

“She’s had several businesses,” he told the media. “She’s always working, making money for her kids.”

Messages left at a phone number believed to belong to the landlord were not returned.

Firefighters received a call Saturday afternoon reporting an explosion at a building in Boro Park, Fire Commissioner Daniel Nigro said. When emergency crews arrived, they found the front of the three-story building blown into the street. The fire commissioner said no one had reported smelling gas in the area.

Tenant Ligia Puello, a native of the Dominican Republic, died in the explosion. She lived in a third-floor apartment with her daughter, who was away at the time.

Her body was discovered in a stairwell near the second floor, close to the apartment where the explosion started, officials said. Three people walking by were hit by debris. Ten firefighters had minor injuries.

Gov. Cuomo ordered the state Department of Public Service, which regulates utility companies, to launch an investigation into “the latest in a disturbing trend of incidents.”

The National Grid utility said it was assisting in the investigation.

City Councilman Jumaane Williams, chair of the committee on housing and buildings, is working with Adams to introduce tightened safety proposals in the council.

“We are told that the tenant purchased a high-end stove and they were moving out of the apartment and were going to take that stove with them,” Nigro said.