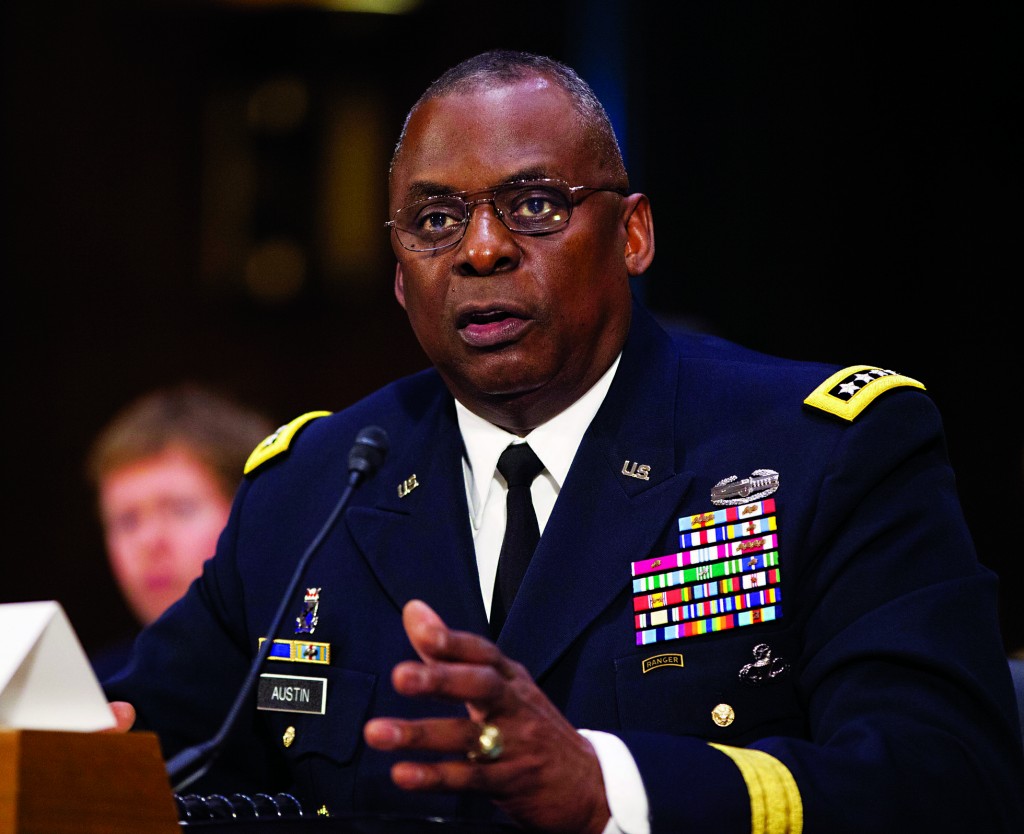 No more than five U.S.-trained Syrian rebels are fighting the Islamic State, astoundingly short of the envisioned 5,000, the top U.S. commander in the Middle East told angry lawmakers on Wednesday. They branded the training program “a total failure.”

After the first 54 fighters were sent in to fight in July, a Syrian affiliate of al-Qaida attacked the group, killing several and taking others hostage while many fled. Asked how many remain, Gen. Lloyd Austin told the Senate Armed Services Committee, “It’s a small number. … We’re talking four or five.”

Congress has approved $500 million to train Syrian fighters, and officials have said fewer than 200 are going through training now. One of the problems has been that many Syrian fighters want training and equipment to fight the government forces of President Bashar Assad, but the U.S. program is limited to rebels who agree to only battle the terrorists.

The stunning admission from Austin came as defense officials scrambled separately to respond to allegations that they skewed intelligence assessments to give a rosier picture of conditions on the battlefield.

The Obama administration was already struggling to defend its military strategy to “destroy and degrade” the terrorist group with an air campaign and programs to train, assist and equip local forces. Lawmakers and Republican presidential candidates have assailed the administration, contending that it has had limited or no success in fighting the militants.

“We have to acknowledge this is a total failure,” Sen. Jeff Sessions (R-Ala.) said about the training. “I wish it weren’t so, but that’s the fact.”

Austin told committee members that the U.S. was looking at better ways to deploy the Syrian forces, but he admitted the U.S. was not even close to reaching its goal of training 5,000-plus in the near term. He predicted it would take years to defeat IS and to restore stability in Iraq and Syria.

“OK. So we’re counting on our fingers and toes at this point when we had envisioned 5,400 by the end of the year,” lamented Sen. Claire McCaskill (D-Mo.).

Austin maintained the operation was making progress and said the military had always insisted the campaign would take time. The Pentagon also made it clear that U.S. military troops have done no training in Syria. Instead, U.S. special operations forces work with Syrian troops outside the country, including across the border in Iraq.

“We should expect that there will be occasional setbacks along the way, particularly in the early stages,” he said. “And our partners, not us, are in the lead. It is taking a bit longer to get things done, but it must be this way if we are to achieve lasting and positive effects.”

White House press secretary Josh Earnest said it’s easy for critics to pass judgment on the training program’s slow progress. He said the president believed the training program could be a chance to expand the number of Syrian fighters who could cooperate with the U.S., but “thus far, that’s not been the result.” He said the Pentagon was working to make changes to get a better result.

Sen. John McCain (R-Ariz.), chairman of the committee, called the program a failure, outlined his vision of a U.S. strategy to fight IS and suggested that more American servicemen and women might eventually be needed.

“We need to help establish safe zones inside Syria where refugees and displaced people can be secure,” McCain said. “We need forward air controllers to add precision and lethality to our air campaign. … While no one believes that we need to invade Iraq or Syria, the fact is that we will likely need additional U.S. special forces and military advisers to be successful.”

Austin said he would not recommend a buffer zone at this time.

Christine Wormuth, undersecretary of defense for policy, told senators that the U.S. was looking at how to speed up the recruiting and screening processes. It has taken months to identify and screen Syrian rebels, and many who are willing to fight are under 18 or have medical issues.

“While not 10 feet tall, ISIL remains a thinking enemy that adapts to evolving conditions on the battlefield,” Wormuth said. “In Iraq the pace of our program has moved more slowly than we’d like, and in Syria, the stringent vetting criteria we’re using at the outset of the program has contributed to smaller numbers than we’d hoped for.”

On another issue, Austin said he would take “appropriate actions” if an investigation by the Defense Department’s inspector general finds that senior defense officials altered intelligence to exaggerate progress being made against IS and other foes in Syria.

He also said he would make sure the analysts who made the allegations would not face retaliation.t