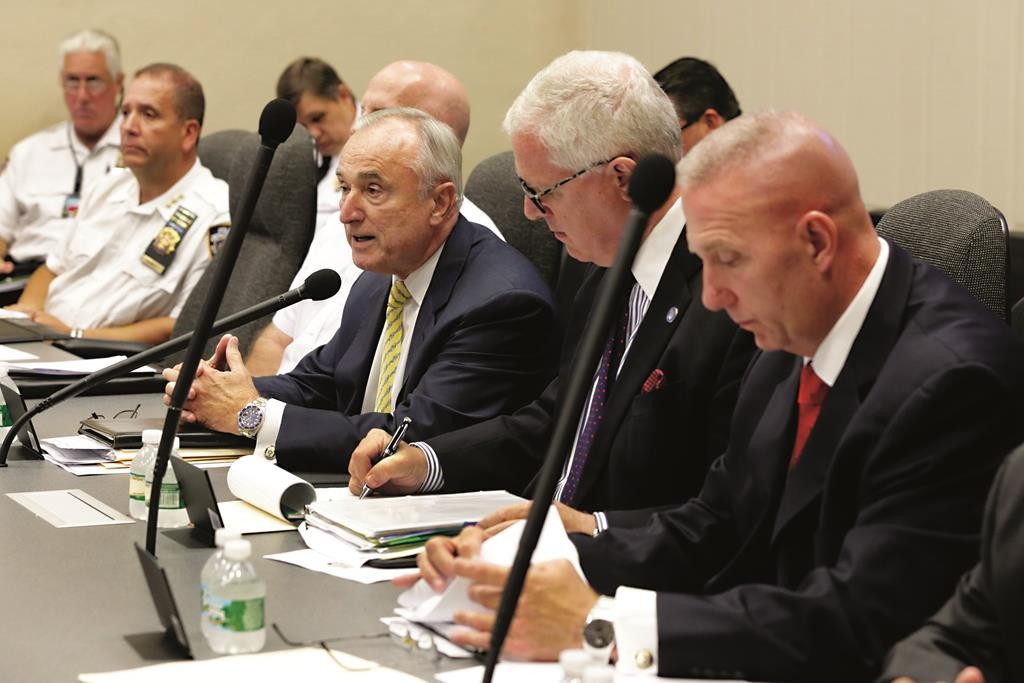 Law enforcement officials gathered on Wednesday at New York police headquarters to discuss plans ahead of a busy September that will include a visit from the pontiff and the president.

The NYPD’s John Miller told dozens of commanding officers, federal authorities and emergency responders that the month is “almost a perfect storm of security challenges.”

Those include the Yamim Nora’im, the arrival of about 160 world leaders to the United Nations, Pope Francis’ visit to the U.S. and President Obama’s address at the U.N. General Assembly.

Police officials from Washington D.C. and Philadelphia also attended the so-called tabletop exercise, which was presided over by Commissioner William Bratton.

Miller told those in attendance the point was to make multiple plans for potential problems, attacks and other emergency scenarios.