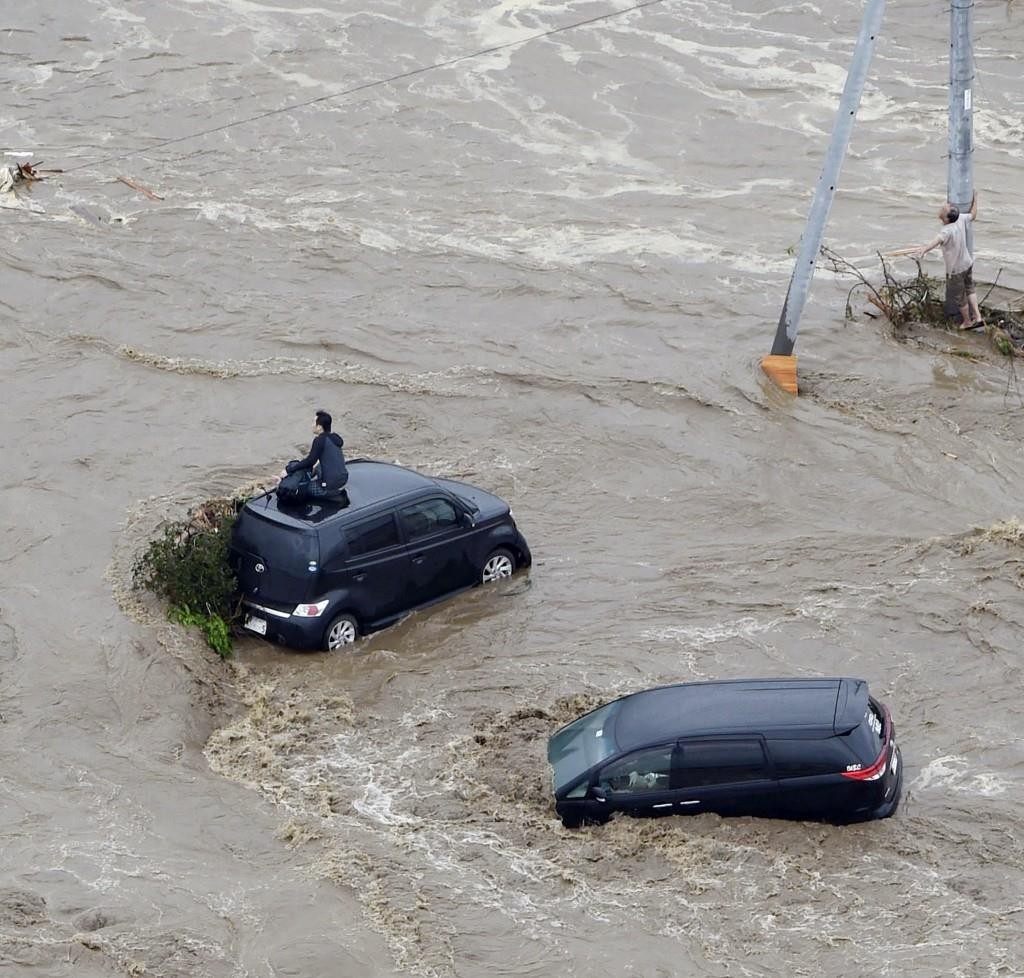 Ten people were reported to be missing, including at least nine residents who were swept away after the Kinugawa River breached its banks in Joso, a city 25 miles northeast of Tokyo.

One woman was missing after mudslides triggered by heavy rain struck her house in the city of Kanuma, broadcaster NHK said.

About 100 people in the region have been rescued by helicopter, Jiji said.

Footage showed a bridge washed away by a swollen river in the northeastern town of Minami Aizu, and some houses swept away in Kanuma.

In the city of Nikko, north of Tokyo, one man was feared dead after he fell into a ditch and suffered “cardiopulmonary arrest,” broadcaster NHK reported.

The total rainfall since Monday was more than 23 inches in the city, a level not seen in decades, the Japan Meteorological Agency said.

The region “is facing an imminent grave danger,” Takuya Deshimaru, a meteorological agency official, told a news conference Thursday, referring to the prefectures of Ibaraki and Tochigi.

The agency was warning of further mudslides and swollen rivers in eastern and northeastern Japan, with heavy rain pounding the region even after Typhoon Etau weakened into an extratropical depression late Wednesday.