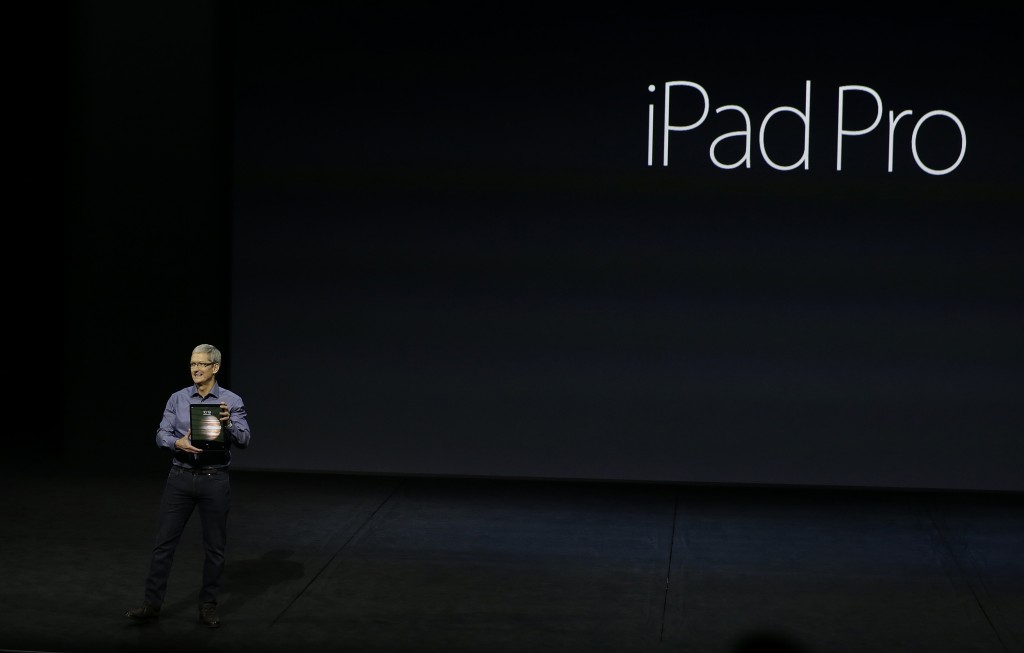 Apple’s new $99 Pencil will bring out the inner artist in every iPad user. Its newly empowered Apple Watch can monitor a baby’s heartbeat and send it to the doctor. And the upcoming iPhones will have new 3D Touch technology.

In a two-hour extravaganza, Apple on Wednesday unveiled a veritable bounty of new and at times mind-boggling products, including two new iPhones and a new larger iPad Pro, that should keep every fanboy busy for months.

The event, a staple of September as Apple announces the latest iterations of its family of high-tech goodies, featured a non-stop line of innovations by Apple employees, many of them on hand for the event. There’s the new, larger iPad Pro, which Apple CEO Tim Cook called “the clearest expression of our vision of the future of personal computing.” There’s the two new iPhone models, the 6s and 6sPlus, both featuring new 3D Touch that allows user to push the screen harder or softer to pull up different layers of information and detail. And there’s the new Apple Watch models, gussied up with striking new bands and cases and now carrying more than 10,000 apps designed specifically for the wrist-bound device.