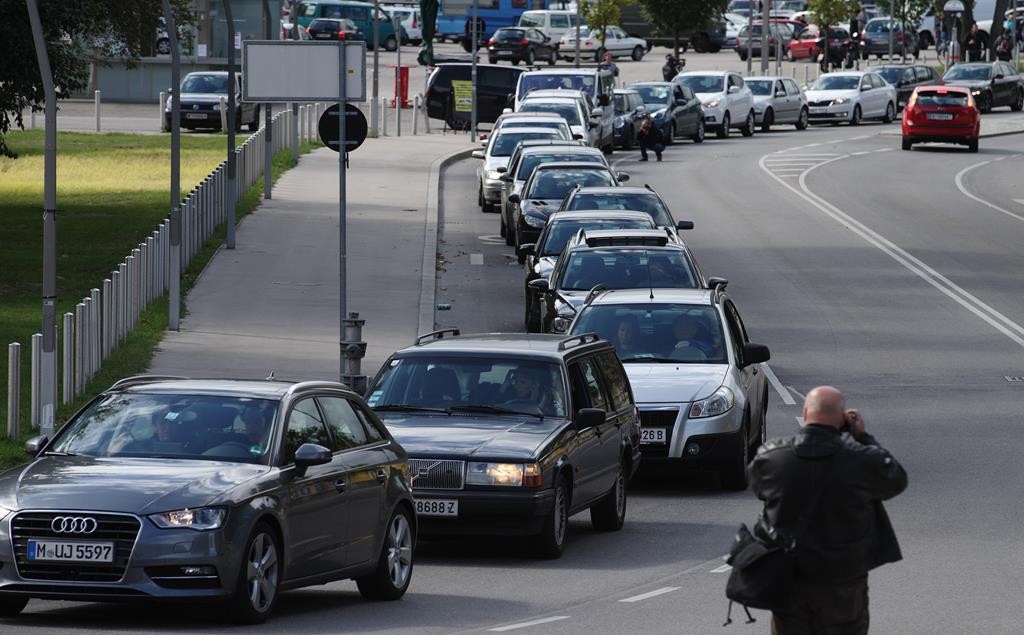 Hungarian police stood by as thousands of migrants hopped cross-border trains Sunday into Austria, taking advantage of Hungary’s surprise decision to stop screening international train travelers for travel visas, a get-tough measure the country had launched days before to block their path to asylum in Western Europe.

Fourteen trains from Hungary’s capital of Budapest arrived at the Hegyeshalom station near the Austrian border, disgorging migrants onto the platform. Police didn’t check documents as passengers, mostly migrants, walked a few yards to waiting Austria-bound trains, which typically left less than three minutes later. Austrian police said more than 13,000 migrants have passed through their country to Germany over the past two days.

Arabs, Asians and Africans who often have spent weeks traveling through Turkey, Greece and the Balkans to reach Hungary, a popular back door into the European Union, found to their surprise they were permitted Sunday to buy tickets to take them all the way into Austria and Germany. Hungary had insisted last week they would no longer be allowed to do this.

EU rules stipulate asylum seekers should seek refuge in their initial EU entry point. But virtually none of the migrants want to claim asylum in Hungary, where the government is building border defenses and trying to make it increasingly hard for asylum seekers to enter.

But complicating the ever-changing picture, Austria’s railway company told the AP it plans to end its connections to Hegyeshalom on Monday. Direct Vienna-Budapest services will take their place, spokeswoman Sonya Horner said. It remains to be seen whether Hungarian or Austrian police will screen those services for migrants traveling without visas.

Hungary, for its part, is making a concerted effort to make it harder for asylum seekers to reach its territory from non-EU member Serbia. Serbia Railways said Hungarian authorities refused Sunday to permit two passenger trains to travel into Hungary citing, for the first time, large groups of migrants aboard.

The rapid influx has exposed tensions within Chancellor Angela Merkel’s three-party government. She met Sunday with leaders of the Christian Social Union, who criticize her decision to welcome migrants stuck in Hungary, as well as Social Democrats, who back her move but want more help from the rest of Europe.