Politics ‘Give It a Go, Joe’: Union Crowd Cheers Biden On
Politics 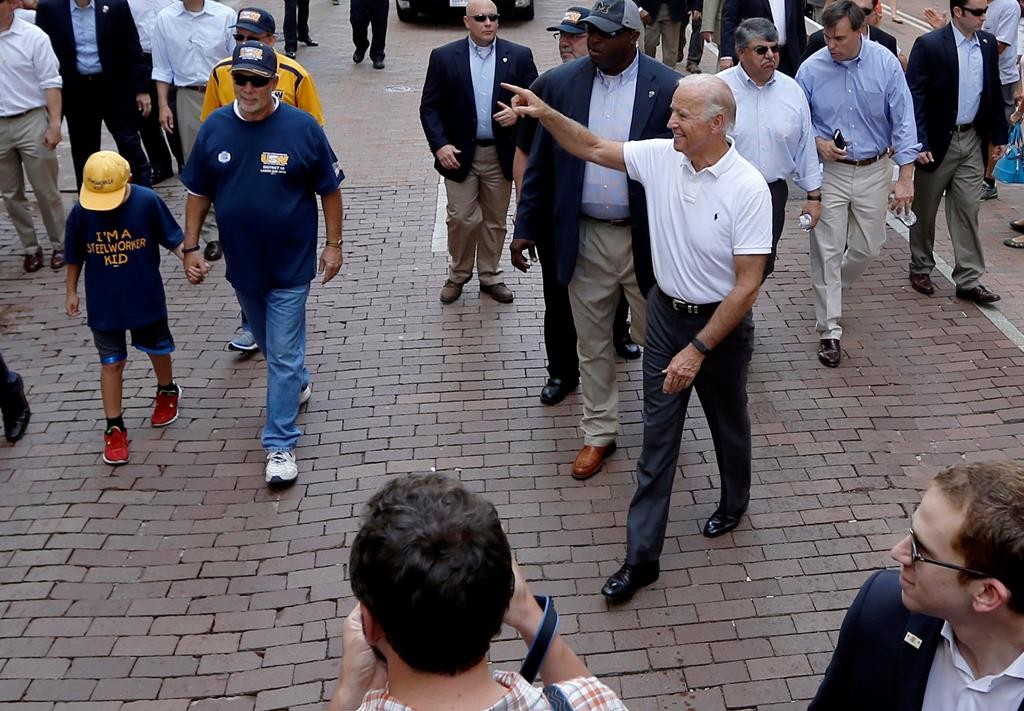 The vice president donned a black-and-gold United Steelworkers union hat and told hundreds of union members that the gap between the wealthy and poor was hurting the nation.

“The tax code’s not fair. It’s simply not fair,” Biden said in a city long associated with organized labor. “The wealthy aren’t paying their fair share. There used to be one America.”

Biden is seriously considering a late entry into the 2016 Democratic presidential campaign. That could jumble a Democratic contest that has seen front-runner Hillary Rodham Clinton’s lead diminish in early states against Vermont Sen. Bernie Sanders, an independent who describes himself as a democratic socialist.

Biden, however, said last week he wasn’t certain he and his family had the “emotional energy” for a campaign.

But AFL-CIO President Richard Trumka, who walked the parade route with Biden, said the vice president got a strong response from workers.

“If you’re looking for energy, this is a great place to get energy today,” the labor leader said.