Israel Furor Over Netanyahu’s No to Accepting Syrian Refugees
Israel 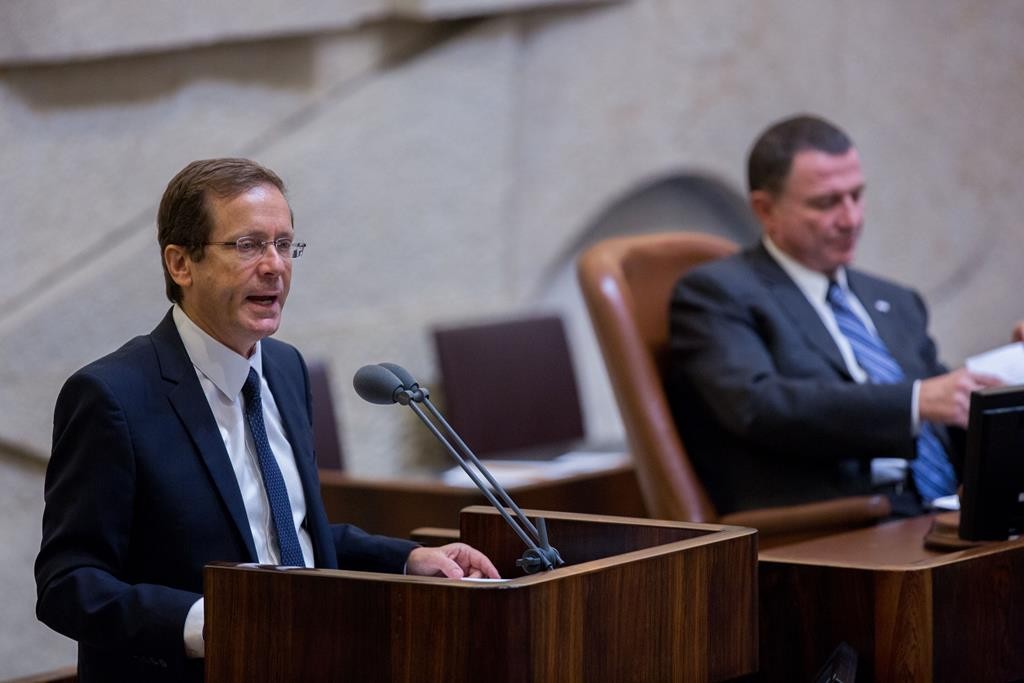 Prime Minister Binyamin Netanyahu on Sunday rejected a call by Israel’s opposition leader Isaac Herzog to accept Syrian refugees, saying the country is too small to take them in.

Herzog appealed to Israeli leaders to “absorb refugees from the fighting in Syria.” While Herzog acknowledged that there have been no international calls on Israel to open its borders to Syrians, he asserted there was a moral duty to do so.

“The prime minister of the Jewish people should not shut his heart and the gates when people are fleeing for their lives, with babies in their arms, from persecutors,” Herzog said.

In public remarks at a cabinet meeting on Sunday, Netanyahu responded that Israel was “not indifferent to the human tragedy” of refugees from Syria and noted that Israeli hospitals have been treating wounded from its civil war.

“We have conscientiously treated thousands of wounded from the fighting in Syria, and we have helped them rebuild their lives,” he pointed out.

However, he stated, Israel does not have the means to absorb the large numbers who would seek entry. “Israel is a very small state. It has no geographic depth or demographic depth,” said Netanyahu.

Palestinian Authority President Mahmoud Abbas called on Israel to allow Palestinians in Syria to enter Yehudah and Shomron. On Sunday, Ziad al-Aloul, head of the Palestinian Forum in Europe, declared that nearly 100,000 Palestinians have fled Syria to Europe.

Immigration and Absorption Minister Zeev Elkin (Likud) termed that proposal, like Herzog’s, an “attempt to bring the ‘right of return’ in through the back door. That is not responsible, and it is forbidden that it should happen.”

The prime minister addressed another border issue at the cabinet meeting, announcing the start on Sunday of construction of a new 18-mile stretch of fence along the frontier with Jordan. It will be a security barrier, similar to the one that runs from Gaza to Eilat, on the eastern border with Jordan.

“In the first phase we will build it from Timna to Eilat, to protect the airport being built there, and we will continue it to the Golan Heights, where a very strong security fence has already been built,” he said.

“We will not allow Israel to be flooded with illegal immigrants, work-seekers and terrorist activists,” he said.

The cost of the project is estimated at three billion shekels ($765 million).

Turkey hosts almost 2 million, tiny Lebanon over a million and other restive and poor neighbors hundreds of thousands.

“But it makes us sorry and makes us wonder about the absence of any official response by Arab states … we’re seeing a silence that’s scandalous,” wrote Zeid al-Zeid in a column for Kuwait’s Al-An newspaper on Sunday.

Sultan Sooud al Qassemi, a commentator in the United Arab Emirates, said he suspected Gulf States were wary of allowing in large numbers of politically vocal Arabs who might influence a traditionally passive society. But he said Gulf states should open their doors to the refugees.

“The Gulf states often complain that the Arabic language is underused and that our culture is under threat due to the large number of foreign immigrants,” al Qassemi said.

“Here is an opportunity to host a group of people who can help alleviate such concerns and are in need of refuge, fleeing a brutal war.”