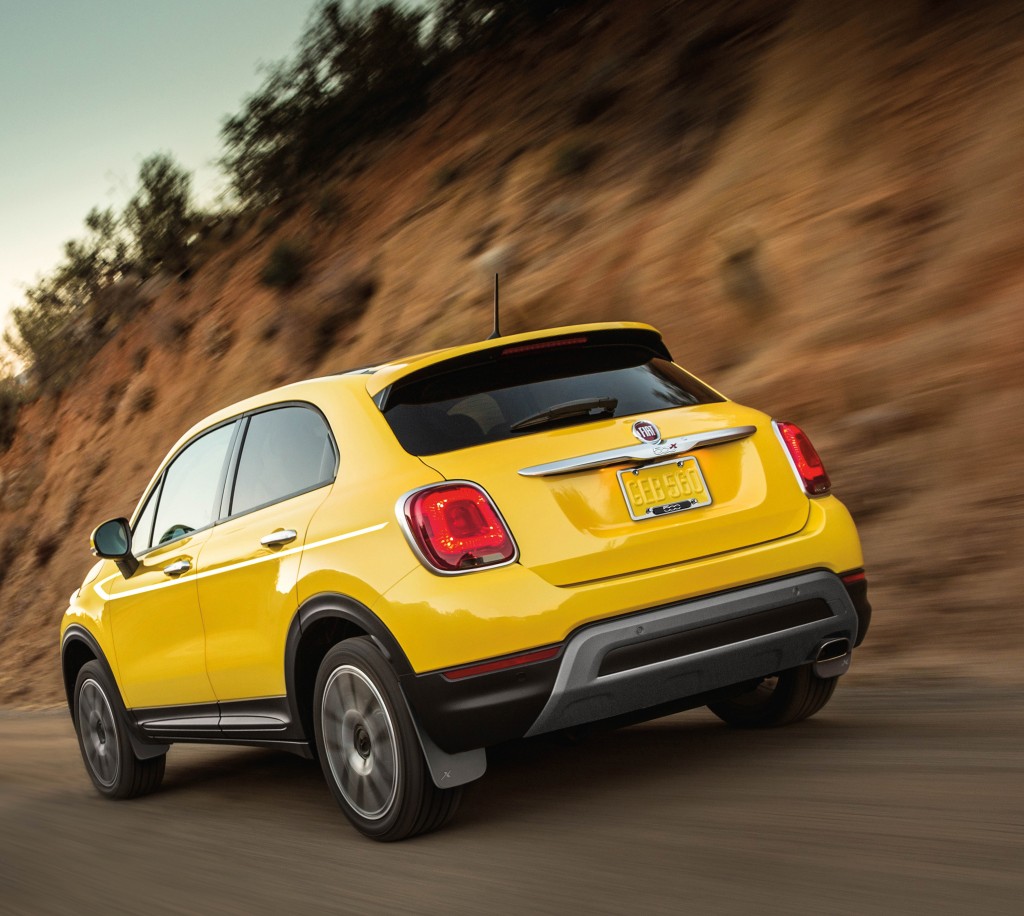 Five years after Fiat was reintroduced in America, the brand is still struggling to find its footing among American consumers.

What’s wrong? Well, for starters, the lovable, stylish Italian brand has run headfirst into two industry trends: Americans are enjoying the lowest gas prices in years and that is accelerating a movement away from cars toward a preference for crossovers and SUVs.

It also doesn’t help that until June, Fiat dealers could only offer three cars: the Fiat 500 minicar, the all-electric 500e and the quirky, polarizing 500L. What’s more, the 500 was designed in Italy for Europeans and was adapted for Americans — and that’s never the best recipe for customer satisfaction.

The result: Fiat’s annual sales have plateaued at about 44,000 cars annually for the past three years, and have dropped 13 percent during the first seven months of this year, to 25,033.

“The brand suffers from the same symptoms of all of the other brands of the same size in the same segment,” said Dave Sullivan, an auto analyst for AutoPacific. “Even vehicles as large as the Ford Focus or Chevrolet Sonic have experienced sales declines and plant downtime.”

“Coming into the year, we didn’t expect gas prices to fall off the cliff, which shifted segments drastically, and unfortunately, drastically away from where we play,” said Jason Stoicevich, head of the Fiat brand in North America.

Now, Fiat Chrysler Automobiles is pinning its hopes on the arrival of the Fiat 500X — a small crossover made in Italy but designed with Americans in mind — to pull the brand out of its sales slump.

Fiat also is planning to reveal another new car, the 124 Spider, at the Los Angeles Auto Show in November. The Spider, a two-seat sports car, based on Mazda’s fourth-generation MX-5, is expected to arrive in the U.S. next year.

“A TURNING POINT FOR THE BRAND”

The 500X is a compact crossover that went on sale in the U.S. in June, but most dealers didn’t have a full inventory until July.

“All of our attention … is on that vehicle,” Stoicevich said. “That segment is absolutely on fire.”

With its good looks, all-wheel drive and a larger size than the Fiat 500, the 500X crossover is drawing more shoppers to Fiat dealerships, Stoicevich said.

The Fiat 500X, which went on sale in June, is built in Melfi, Italy, alongside the Jeep Renegade. It has a starting price of $20,000 for the entry-level Pop model and $28,100 for the Trekking Plus.

Both dealers and Stoicevich say the larger 500X is attracting buyers that the Fiat brand could not reach before with its sable of minicars. It also offers all-wheel drive, which is important to car buyers in the Midwest and the Northeast.

“We are going to hit a pretty big month here,” Stoicevich said. “And I think the second half of the year is going to be much better than the first for us.”

Lisa Copeland, owner of Fiat of Austin in Texas, said buyers have been waiting months for the 500X to arrive.

“I fully expect that we will sell 100 new cars in August, and we haven’t done that in a long time,” Copeland said.

Josh Towbin, co-owner of Towbin Fiat Alfa Romeo in Las Vegas, said the 500X fills out the brand’s lineup of models and is the perfect addition because it is a small crossover designed with Americans in mind at a time when crossover sales are booming.

“I think it’s a turning point for the brand,” Towbin said. “Now that we have the four models, it’s almost surreal. To have them all here at one time is really, really exciting.”

But Sullivan said the 500X runs the risk of being overshadowed by its sibling, the Jeep Renegade, which is made at the same assembly plant in Italy and could have a limited lifespan as a popular vehicle once initial demand is met.

It wasn’t supposed to work out this way. Fiat was reintroduced with tremendous publicity and hype in the U.S. in 2011 after a 28-year absence at a time when gas prices were high and demand for small cars was growing.

It arrived in America as part of Chrysler’s merger with the Italian automaker. About 200 Chrysler dealers eagerly made commitments to open standalone Fiat showrooms — many with the expectation that they would also soon become Alfa Romeo dealers.

But the lovable Fiat 500 stumbled early, as the automaker failed to get its dealership network established as fast as initially planned and that delayed a marketing campaign.

In a recent survey published by the American Customer Satisfaction Index, the brand finished last among all automotive brands with a score of 73 out of a possible 100. Lexus finished first with a score of 84.

Stoicevich points out that Fiat is and will always be a niche brand with a limited lineup of small cars and crossovers. And, five years into its arrival in America, Fiat isn’t too far behind Mini, its main rival. Mini sold just over 56,0000 cars in 2014.

Fiat Chrysler CEO Sergio Marchionne has said the automaker plans to introduce eight additional Alfa Romeo models in the U.S. by 2018. The Giulia sedan, revealed in Milan, Italy, in June, is expected to arrive in the U.S. next year.

The arrival of the 500X, along with the future plans for the Fiat 124 Spider and the ambitious plans for Alfa Romeo, adds up to plenty of cars for Fiat and an exciting future for those who have Alfa Romeo dealers, Towbin said.

“I did well and was successful with one car,” he said. “So, am excited about it? Yes. It’s enough cars for me.”

“Did I want Alfa to come sooner? Probably,” she said. “But I am selling every (4C) that I can get my hands on.”