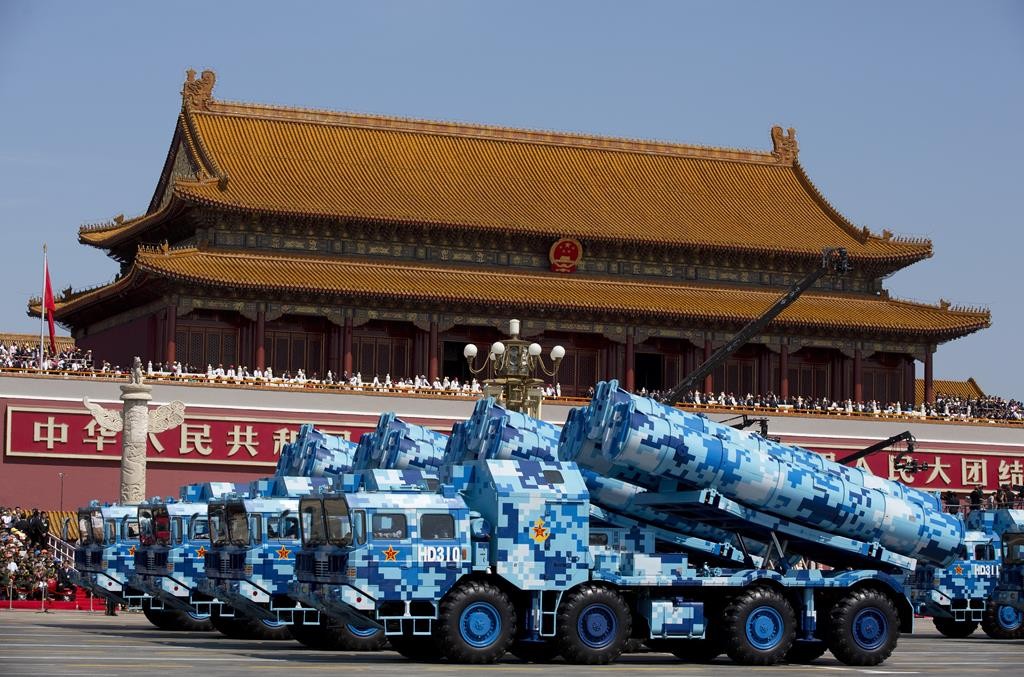 As tanks rolled through Tiananmen Square to commemorate the end of World War II, Chinese President Xi Jinping told the world that the nation was committed to peace and announced the biggest cuts to the army in almost two decades.

“Chinese love peace,” Xi said in a broadcast speech. “No matter how much stronger it may become, China will never seek hegemony or expansion. It will never inflict its past suffering on any other nation.”

Xi said that army personnel would be reduced by 300,000, the largest reduction to the 2.3-million-strong military since 1997.

The parade offered Xi a global platform to present his vision of a “Chinese Dream” of national rejuvenation and military strength.

Still, his message of peace may not resonate in the capitals of his neighbors. The country has been flexing its military muscle from the East China Sea, where it disputes territory with Japan, to the South China Sea, where its island-building has given impetus to military-budget increases among Southeast Asian nations.