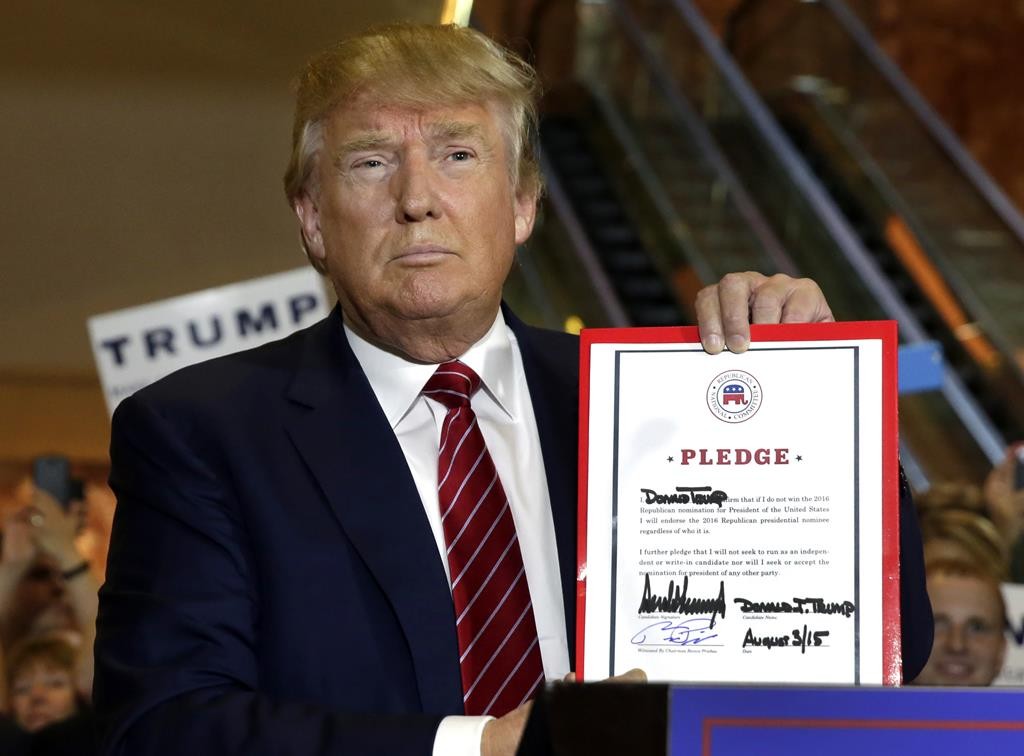 Caving to intense Republican lobbying, presidential candidate Donald Trump ruled out the prospect of a third-party White House bid on Thursday and vowed to support whoever wins the party’s nomination — a u-turn made easier by his position at the front of the field.

The decision follows weeks of behind-the-scenes efforts by GOP leaders, who’ve been trying to avert the possibility of an independent campaign by Trump ever since last month’s opening debate, when he refused to promise to back the party’s eventual nominee. A third-party bid by Trump, or any prominent conservative, could doom Republican efforts in 2016.

“I will be totally pledging my allegiance to the Republican Party and the conservative principles for which it stands,” Trump said in a news conference at Trump Tower, the gold-hued skyscraper in midtown Manhattan where he launched his surging campaign for president.