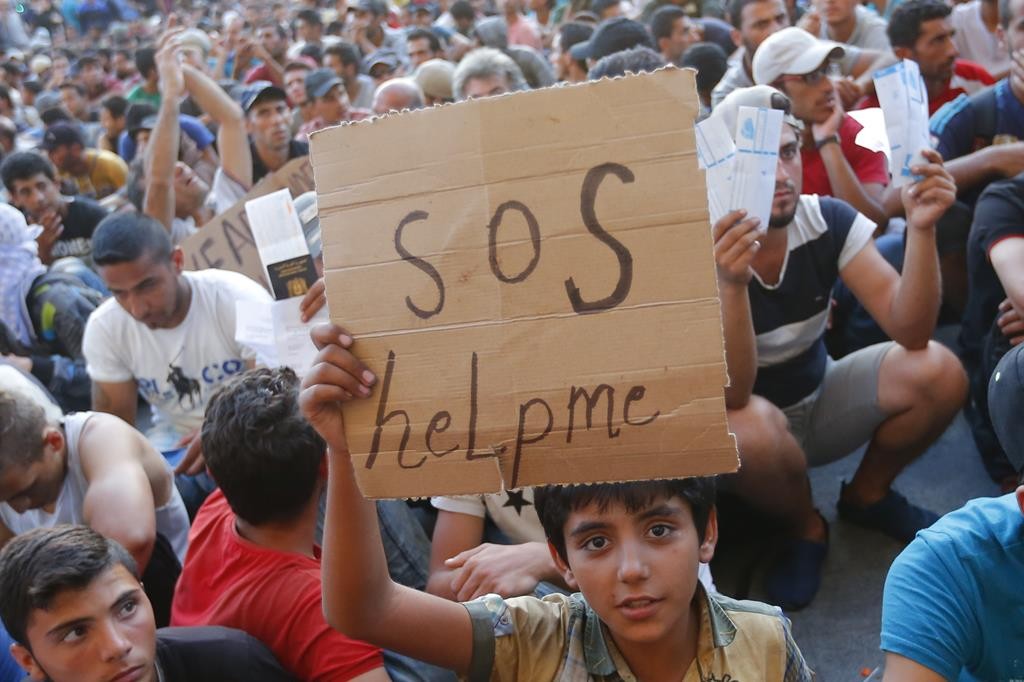 Scores of officers pushed back the crowd, which shouted in Arabic and English to be permitted to march around the Keleti train station, which has become the latest focal point for European tensions over an unrelenting flow of migrants from the Middle East, Asia and Africa.

Passions also flared on Hungary’s border with Serbia as right-wing nationalist protesters marched to the location where migrants use a train track to walk into the country. Police formed protective circles around frightened migrants as the demonstrators from the hard-line Jobbik party screamed abuse at them.

The 28-nation European Union has been at odds for months on how to deal with the influx of more than 332,000 migrants this year. Such front-line nations as Greece, Italy and Hungary have pleaded for more help, while Germany, which is expecting to receive an EU-leading 800,000 asylum seekers this year, has appealed for EU partners to bear more of the load.

Elsewhere on the migrants’ long route into Europe, 13 people died when two small boats ferrying them from Turkey to the Greek island of Kos capsized. Turkish media said 12 drowned, including a woman and three children, while another person died later in a hospital.

In France, cross-Channel trains resumed normal service Wednesday after serious overnight disruptions triggered by reports of migrants running on the tracks and trying to climb atop trains.

Hungary’s police reinforced their positions outside the Keleti terminal as the volume of migrants arriving from Serbia grows by the hour, with an estimated 3,000 already encamped near the station. Officers working with colleagues from Austria, Germany and Slovakia were searching for migrants traveling on Hungarian trains.