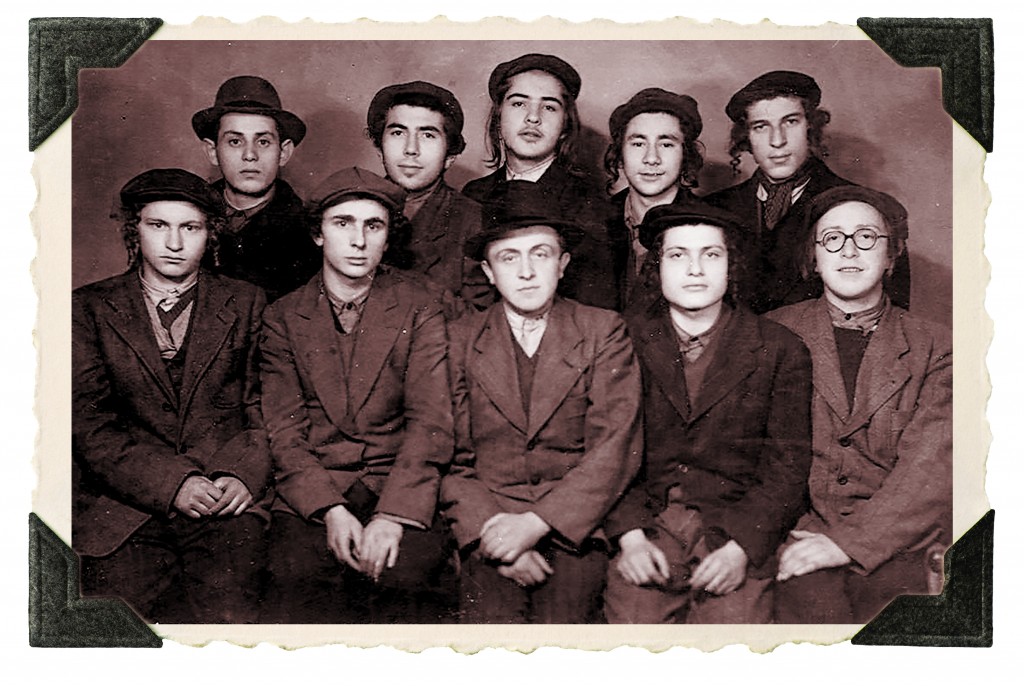 This time of year in 1939, in a Polish town called Ruzhan, a 14-year-old boy had his plans rudely interrupted. The boy, who, 15 years later, would become my father, had made preparations to tRavel to the Novardoker yeshivah in Bialystok, but the German army invaded Poland before he had the chance, and the Second World War began.

My father, shlita, his family and all Ruzhan’s townsfolk fled ahead of the advancing Germans. That Erev Shabbos, they found themselves in a town called Govrov, just before the Germans arrived there. Motzoei Shabbos was the first night of Selichos.

Several years ago, I helped my father publish his memoirs, about his flight from the Nazis, his yeshivah days, his sojourn in Siberia (as a guest of the Soviet Union), and his subsequent emigration to America and service as a congregational Rav in Baltimore for more than 50 years. He is currently the mazkir of the Baltimore Beis Din and the Rav of a Shabbos minyan.

In his book, Fire, Ice, Air, he movingly describes how he insisted on taking leave of his parents to go to yeshivah, his banishment, along with Rav Leib Nekritz, zt”l, and a handful of other Novardoker bachurim to Siberia; and his being shot while being smuggled, after the war, into Berlin’s American sector.

My family and I were lying on the floor of a local Jew’s house when we heard angry banging on the door and the gruff, loud words “Raus Jude! Raus Jude — Jew, out!”

The SS men chased us from the houses, prodding us with bayonets to raise our hands and join the town’s other Jews — several hundred people — in the middle of the town’s market area.

Some of the Germans approached the men among us who had beards and cut them off, either entirely or purposely leaving an odd angle of beard, just to humiliate the victims. One man had a beautiful, long beard. When he saw what the Germans were doing, he took a towel he had with him and tied it around his beard, in the hope that our tormentors might not see so enticing a target. But of course, they went right over to him, removed the towel and shaved off what to him and us was a physical symbol of experience, wisdom and holiness. He wept uncontrollably.

We stood there and the smell of smoke registered in our nostrils, becoming more intense with each minute. It didn’t take long to realize that the town’s homes had been set aflame. Later we heard that a German soldier had been discovered killed nearby and that the SS men had assumed that the culprits were Jews. We Jews were ordered into the synagogue. The doors were locked and SS men stood outside to ensure that no one managed to escape. The town had been set afire, and the Nazis clearly intended to let the flames reach the synagogue. Houses nearby were already wildly burning.

The scene was a blizzard of shouting and wailing and, above all, praying.  Psalms and lamentations and entreaties blended together, a cacophony of wrenched hearts. Everyone realized what was in store and there was nothing, absolutely nothing, that any of us could possibly do.

The smell of smoke grew even stronger. And then, a miracle occurred.

How else to explain what happened? Those in the synagogue who were standing near the doorway and windows saw a German motorcycle come to a halt in front of the building. A German officer — apparently of high rank — dismounted from the machine and began to speak with the SS men guarding our intended crematorium. The officer grew agitated and barked orders at the other Nazis. After a few minutes, the doors to the synagogue were suddenly opened and, disbelieving our good fortune, we staggered out.

What made the officer order them to release us we did not know and never will. Some of us suspected he was not a German at all, but Elijah the prophet, who, in Jewish tradition, often appears in disguise.

We were ordered across a nearby brook. And so there we sat, all through the Sabbath, watching as the synagogue in which we had been imprisoned mere hours earlier was claimed by the flames and, along with all the Torah-scrolls and holy books of both Ruzhan and Govrov, burned to the ground.

That night was the first night of Selichos.

I have often contrasted in my mind my father’s teenage years and my own, during which my biggest worries were lack of air conditioning in my classroom and tests for which I had neglected to study.

And each year at Selichos, I try to visualize that Selichos night in Govrov.