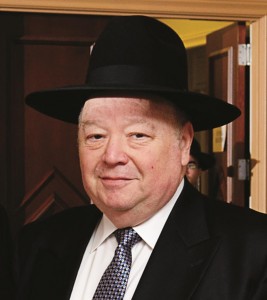 Reb Shiya Hollander, a dedicated askan and highly respected member of the Boro Park community, passed away Motzoei Shabbos following a year-long struggle with illness. He was 68 years old.

The niftar was remembered as a magnanimous baal chessed who worked tirelessly on behalf of the klal and individuals in need.

“He was a gentleman and a person who made time for everybody that came to him, being mechabed each one of them,” said Rabbi Yitzchok Gottdiener, executive director of Yeshiva Torah Vodaath. “He shouldered a lot of responsibility and was willing to take on projects and see them through. He made great changes in the yeshivah in a way that were accepted by everyone.”

Reb Shiya was born in 1947 to Avrohom Moshe, z”l, and, tbl”c, Yenta Hollander, and together with his brothers attended Torah Vodaath, America’s flagship yeshivah of the time. There he studied with great diligence, becoming a dedicated and life-long talmid of Harav Avohom Pam, zt”l. During his years in Torah Vodaath he also received semichah from Harav Gedaliah Schorr, zt”l, and Harav Dovber Rivkin, zt”l.

He married Pearl Berg, the daughter of Max and Judith Berg, with whom he raised a highly respected family.

Reb Shiya’s dedication to his beloved yeshivah was one that lasted a lifetime. He set aside endless time for its welfare and served on its executive board for over 30 years. Rabbi Gottdiener said that hardly a week went by during which he did not talk to Reb Shiya nearly every day.

Reb Shiya was exceedingly dedicated to the historic mosad of Kollel Shomre Hachomos and served as president of Boro Park’s Bikur Cholim society for several years as well.

His chessed extended to the workplace, where he continually used his successful business as a means to find jobs for members of the community who were in need of parnassah.

Reb Shiya’s many business and philanthropic obligations did not impede his constant toil and growth in Torah. He rose early in the morning to learn before Shacharis and conducted a daily phone chavrusaschaft with one of his children in the middle of every work day.

Despite these many obligations, Reb Shiya remained an exceptionally dedicated family man as well. With his characteristic super-efficient maximization of time, while driving his boys to yeshivah, father and sons maintained a regular seder of learning and reviewing Mishnayos while in the car.

This article appeared in print on page 5 of the September 1st, 2015 edition of Hamodia.