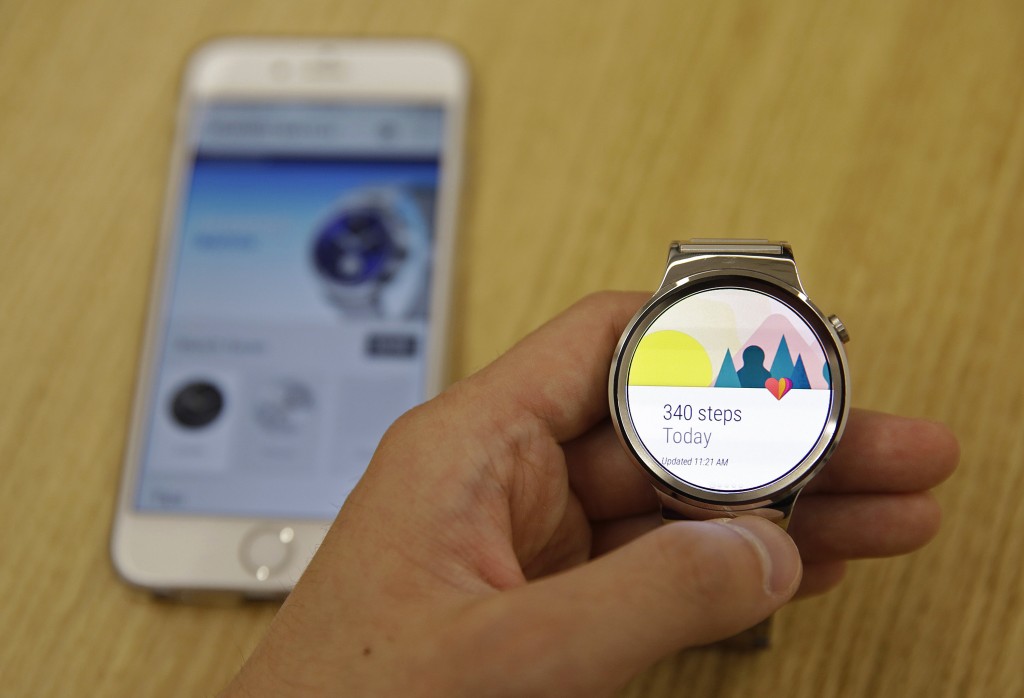 Google is introducing an application that will connect Android smartwatches with Apple’s iPhone, escalating the rivals’ battle to strap their technology to people’s wrists.

The move thrusts Google onto Apple’s turf in an attempt to boost the lackluster sales of watches running on its Android Wear software. The program uniting the devices running on different operating systems is being released Monday in Apple’s app store.

Until now, Android watches only worked with smartphones powered by Android software, just as the Apple Watch is designed to be tethered exclusively to the iPhone.

Google’s new app, though, will enable the latest Android watches to link with the iPhone so people can quickly glance at their wrists for directions, fitness information and notifications about events and emails.

The devices still won’t be able to be tied together in a way that will allow the Android watches to communicate with all the other apps that a user might have installed on the iPhone.

That roadblock is likely to discourage many iPhone owners from defecting from Apple to buy an Android watch unless Google eventually finds a way to overcome the obstacle, said IDC analyst Ramon Llamas.

For now, the Android watches are most likely to appeal to iPhone owners reluctant to spend a lot of money on a device that remains more of a novelty than an essential gadget.

Google expects the prices of Android watches compatible with the iPhone to range from $100 to $400. Apple, which has a long history of demanding premium prices for its products, sells most of its watches for $350 to $1,000, though its luxury models cost more than $10,000.

Android watches aren’t going to be bought by “the fan boys and fan girls that have to have absolutely everything with an Apple logo on it,” Llamas said. “We are talking about going after people who are open to other possibilities with what they can do with their devices.”

Although Apple was a late entrant into the smartwatch market, the company quickly surged to the front of the pack after its April release.

About 4 million Apple Watches were sold during the three months ended in June to command three-fourths of the worldwide smartwatch market, based on estimates from the research firm Strategy Analytics. The combined sales of Android watches made by various device makers during the same period totaled 600,000 units, for an 11 percent market share. Samsung watches running on Tizen software grabbed most of the rest of the market, with a 7.5 percent share.

Google is hoping the next wave of Android Wear watches will help to shift the tide in its favor. The upcoming Android watches that will work with the iPhone include the Asus ZenWatch 2 and the Huawei Watch. LG Electronics already makes an Android Watch, the $300 Urbane, that’s compatible with the iPhone. Working with the new app, the Android smartwatches will be compatible with iPhones dating back to the 5, as long as their operating systems have been updated to at least iOS 8.2.

“This is a shrewd move by Google to expand its potential market,” Llamas said. “There is only so much space available on each wrist.”