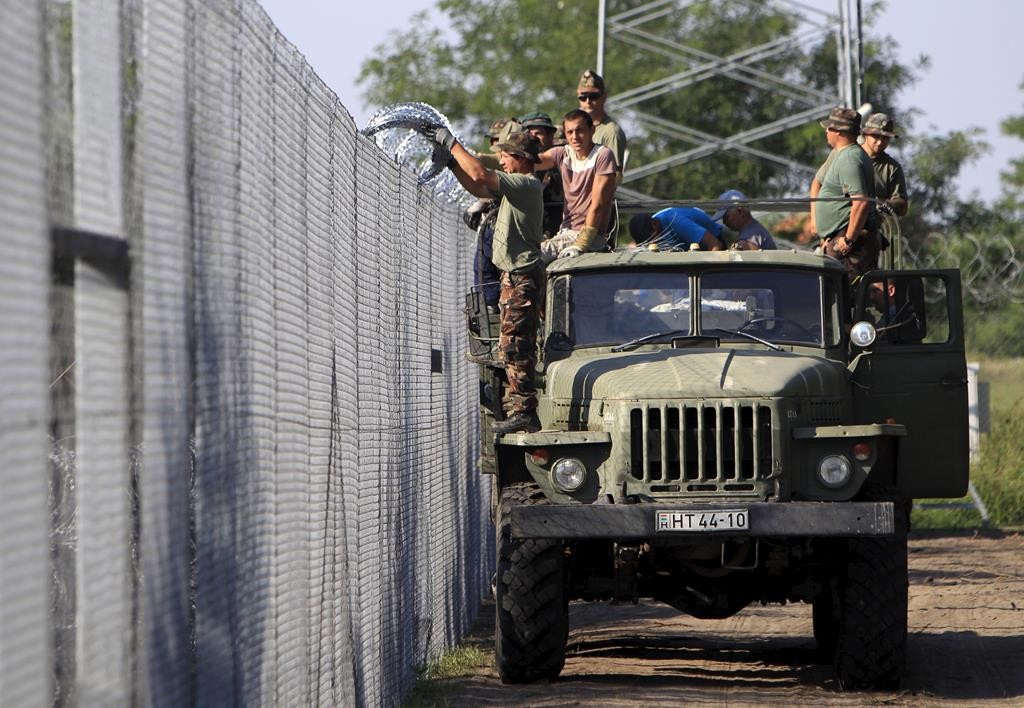 Hungarian soldiers adjust the razor wire on a fence near the town of Asotthalom, Hungary, Sunday. About 100,000 migrants, many of them from Syria and other conflict zones in the Middle East, have taken the Balkan route into Europe this year, heading via Serbia for Hungary and Europe’s Schengen zone of passport-free travel. European Union ministers were summoned on Sunday to meet in two weeks’ time to seek urgent solutions to a migration crisis unprecedented in the bloc’s history, as the mounting death toll on land and sea forced governments to respond.