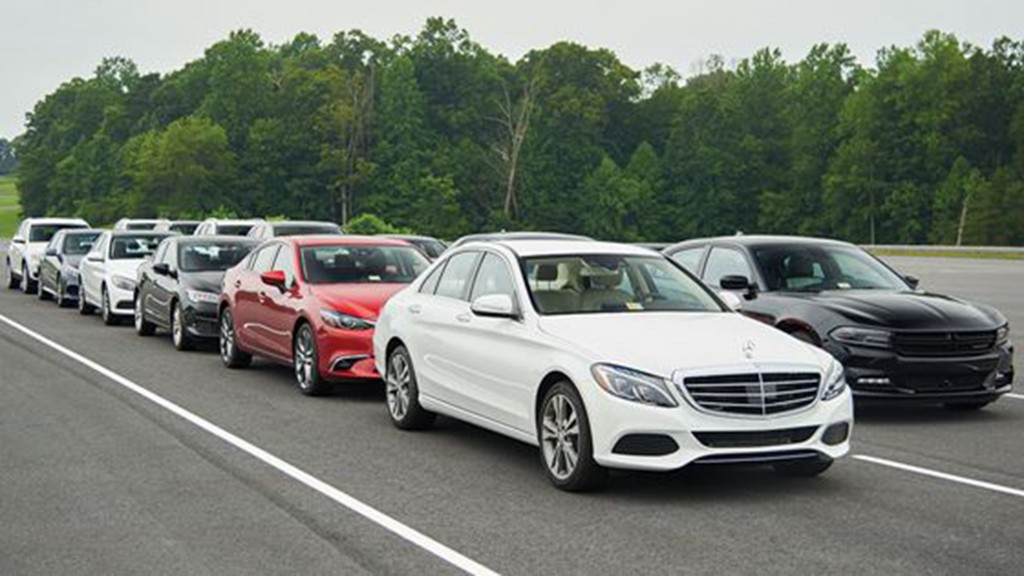 More cars are coming equipped with robotic functions that protect drivers from front-end crashes with other vehicles or objects, which could result in fewer crashes and lower insurance rates for drivers.

The Insurance Institute for Highway Safety said 52 percent of the 784 new vehicle models come with technology that alerts a driver to a pending crash as either a standard or optional feature.

Among 2015 models, 27 percent also offer robotic braking, which automatically slows or stops the vehicle without driver intervention if a crash is imminent. That’s more than twice as many as in the 2012 model-year.

“Automatic braking is an accessible technology that’s within reach for many drivers,” said David Zuby, the insurance institute’s executive vice president and chief research officer. “That’s a welcome sign for highway safety and helps pave the way for the eventual deployment of fully autonomous vehicles.”

Early studies are finding the technology is effective. Front-crash prevention systems use cameras, radar and laser sensors to judge whether a vehicle is getting too close to one in front of it. Most systems issue a warning and pre-charge the brakes to maximize their effect if the driver responds by braking, while others have robotic braking.

Automatic braking systems slash front-end crashes 14 percent compared with the same vehicles that don’t offer the feature, according to the institute’s research. Vehicles that only alert drivers to a potential crash, but don’t stop the car, cut collisions 7 percent.

Although the trade group has not measured the technology’s effect on insurance premiums, it believes that fewer crashes will soon be reflected in lower rates, said Russ Rader, an institute spokesman.

Mike Doerfler, Progressive’s product-development manager, said the insurer “is starting to lower rates for vehicles with stability control, adaptive headlights and forward-collision warning with braking. We’re introducing that on a state-by-state basis.”

But Rader said vehicle design will influence which vehicles eventually realize premium savings. Many automakers are putting the crash-prevention sensors behind the grille in the front end where they’re vulnerable to being damaged.

“The sensors are expensive to replace, so that can offset the cost benefits of fewer crashes,” he said.

Some manufacturers are making adjustments and moving the sensors to the windshield ahead of the rear-view mirror, where they’re better protected, Rader said.

The insurance group tested the systems and rated the vehicles as basic, advanced or superior for front-crash prevention depending on whether they offer autobrake and, if so, how effective it proves in tests at 12 mph and 25 mph.

Typically, these systems are offered on luxury vehicles or as expensive options. But some automakers, including Mercedes-Benz and Toyota, are making them standard or offering the features as part of a comparatively lower-cost safety-oriented option package.

Toyota, for example, plans to offer safety-package options for nearly every Toyota and Lexus vehicle sold in the U.S. by the end of 2016. The packages will sell for $300 to $500 for Toyotas and $500 to $635 for Lexus models.

Mercedes-Benz is the first automaker to offer a standard front-crash-prevention system that earns the “superior” rating in IIHS test-track evaluations. The system comes on Mercedes’s 2015 C-Class, CLA and E-Class.

The technology is catching on with more mainstream nameplates. Seven of the 19 superior- or advanced-rated models in the institute’s latest testing round are moderately priced: Chrysler 300; Dodge Charger; Mazda 6 and CX-5; and Volkswagen Golf, Golf SportWagen and Jetta.

In the latest testing, 14 new models earned the superior rating and five won the advanced rating.