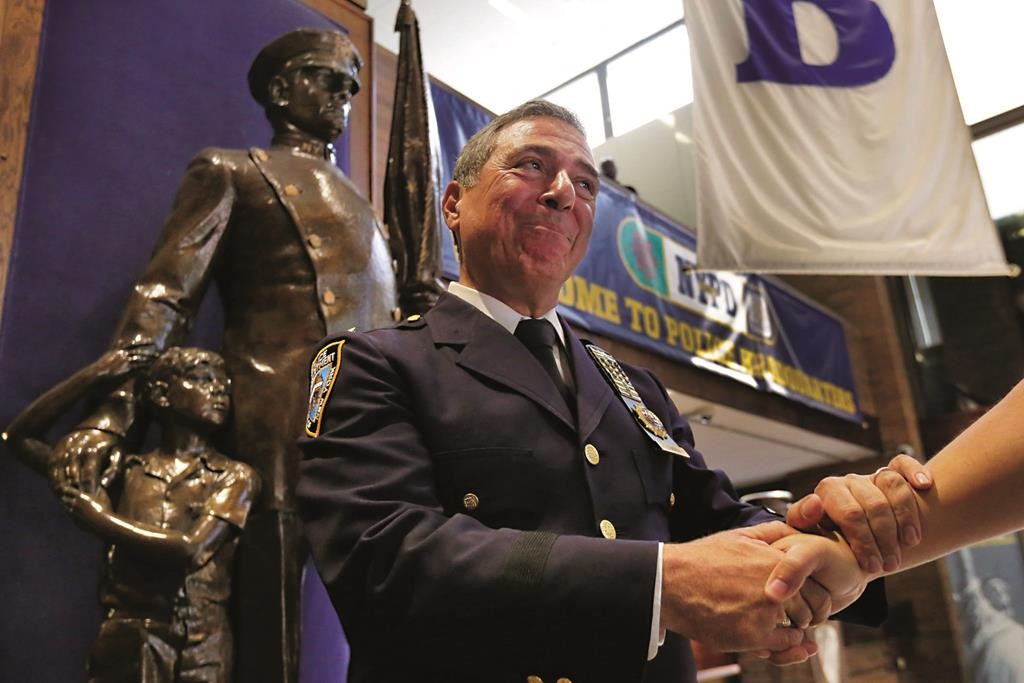 The NYPD’s top hostage negotiator, who for more than three decades preached an empathetic approach to law enforcement as he talked barricaded suspects out of apartments and people off of bridges, retired Friday in a tearful ceremony.

In his dress blues, Lt. Jack Cambria bid farewell to more than 100 colleagues outside One Police Plaza as bagpipes blared, holding back tears as he stepped into a 1972 police cruiser with his wife.

“It was a charmed career,” he said. “And I feel so grateful for it.”

For the past 14 years, the man known as “Gentleman Jack” oversaw 100 hostage negotiators across all five boroughs. Cambria, 60, said he recruited hostage negotiators with compassion and common sense, picking detectives who had at least reached their mid-30s and had had a chance to experience love, heartbreak, success and failure in their lives.

“The rule of thumb is, it’s 90 percent listening, 10 percent talking,” he said. “So I have people come to me all the time, ‘Yeah I’m a great talker, I’d be a great negotiator.’ But can you listen?”

Two weeks ago, Cambria attempted to put that skill set to work again, coordinating a six-hour standoff with a gang leader who had shot and injured a firefighter. Cambria said he exercised patience, getting the man’s mother, who he flew from Delaware to Staten island, to get her son to agree he’d surrender before seconds later he left the apartment firing an AK-47 at officers who fired back, killing him.

“We tried very hard to get that man out of that situation,” he said.

Miguel Ramos, 58, who retired 16 years ago from the NYPD’s emergency services unit, has seen it go the other way. A decade ago, he saw Cambria take several hours to talk a distressed, recently released former convict, who had just killed two people, out of throwing a child — and himself — off the Cross Bronx Expressway.

“The way he was able to take crises and make things smooth,” he said. “He’s helped me grow as a person, as a man.”