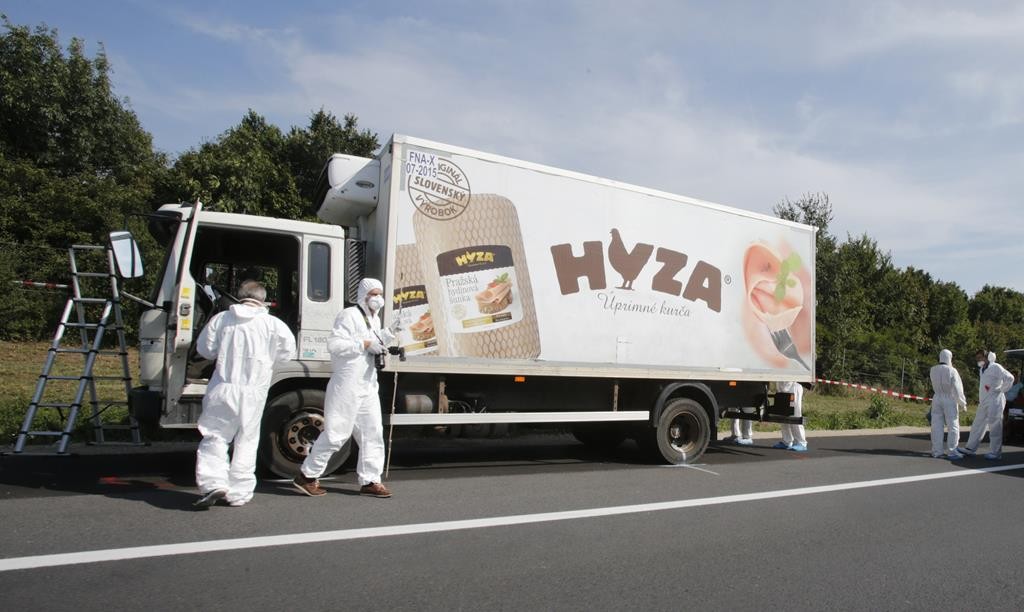 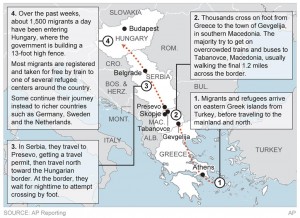 As many as 50 corpses were found in a parked truck in Austria on Thursday, and another migrant boat sank off Libya, deepening a crisis that is overwhelming Europe and throwing up new tragedies by the day.

The abandoned refrigerated truck was found by an Austrian highway patrol near the Hungarian border. “One can maybe assume that the deaths occurred one-and-a-half to two days ago,” Hans Peter Doskozil, police chief in the province of Burgenland, told a news conference, adding that “many things” indicated the migrants were already dead when the truck crossed the border.

Police said it could take until Friday to determine the exact number of victims, which they thought were more than 20 and could be as many as 50. They suspected those responsible were already out of the country.

German Chancellor Angela Merkel said at a summit on the West Balkans in Vienna: “We are of course all shaken by the appalling news. This reminds us that we must tackle quickly the issue of immigration and in a European spirit — that means in a spirit of solidarity — and find solutions.”

A security official in the Libyan city of Zuwara said several hundred people had been on board a boat that sank off the coast on Thursday. Some appeared to have been trapped in the hold when it capsized.

“Some 100 illegal migrants have survived,” the official said, adding that rescue operations were continuing. Those on board had been from sub-Saharan Africa, Pakistan, Syria, Morocco and Bangladesh, he added.

Even before the latest incidents, the International Organization for Migration estimated 2,373 people had died so far this year while trying to reach Europe by sea, and 3,573 in the past 12 months.

Hundreds of thousands, many fleeing war in countries such as Syria and Libya, have made it into the European Union. Germany alone expects 800,000 asylum-seekers this year; Hungary is building a barbed wire fence along its border with Serbia.