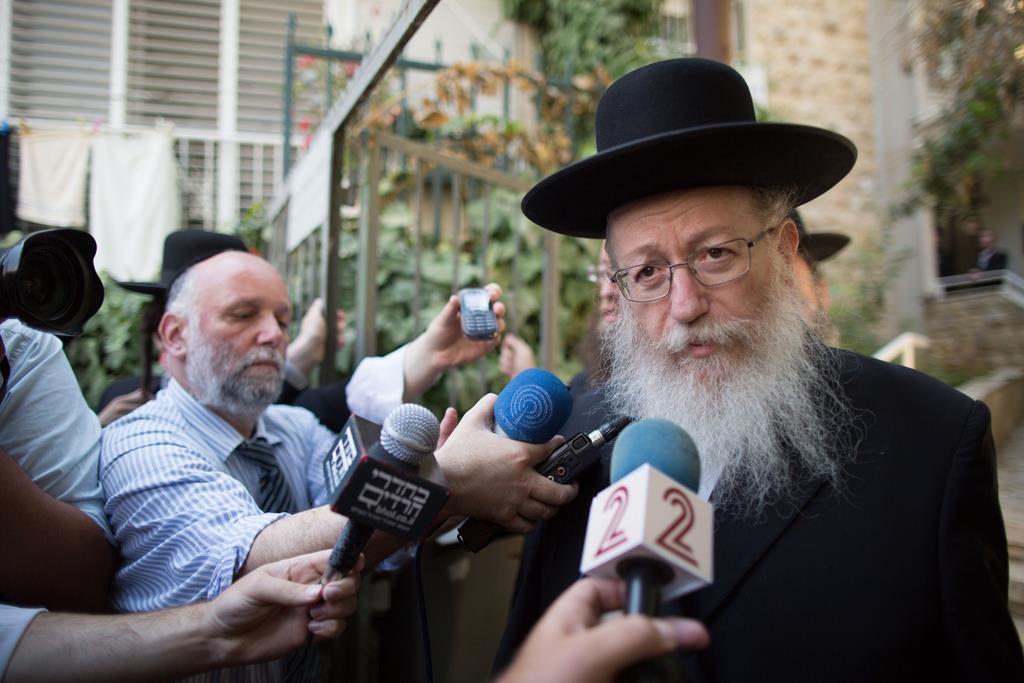 The Moetzes Gedolei HaTorah of Agudas Yisrael met in Yerushalayim on Thursday to discuss pressing issues, including the alarming rise of chillul Shabbos among major businesses in various cities in Eretz Yisrael.

The Gedolim were given reports by members of the Vaad for Kedushas HaShabbos regarding the breaches in shemiras Shabbos  in Ashdod, Tel Aviv, Chadera and other locations, and the Gedolim expressed their deep anguish on the matter.

Among the other topics discussed at the gathering was the recent ruling of the High Court of Justice preventing deputy ministers from fulfilling the role of ministers.  Lawmakers from UTJ have previously avoided ministerial positions.

The Moetzes instructed Deputy Health Minister Rabbi Yaakov Litzman (UTJ) to serve as a minister in the cabinet. Rabbi Litzman, while nominally a deputy minister, held a minister’s authority in the Health Ministry.

Rabbi Litzman said after the meeting of the Moetzes Gedolei HaTorah that he “respects” the demand of the High Court of Justice that he become a minister, adding that “as far as I’m concerned there is no change in my position.

“I served and will continue to serve the citizens of Israel exactly as I did in the past. In my view, a deputy minister in the capacity of minister is a health minister in every respect,” he added.

The court’s decision to ban the practice of granting a minister’s authority to a deputy minister came following a petition by the Yesh Atid party, which held the health ministry in the previous government. The petition demanded that the court prevent Netanyahu from taking on any cabinet roles beyond the premiership. In addition to being the nominal health minister, Netanyahu has also been serving as Foreign Minister, Communications Minister and the Minister for Regional Cooperation.