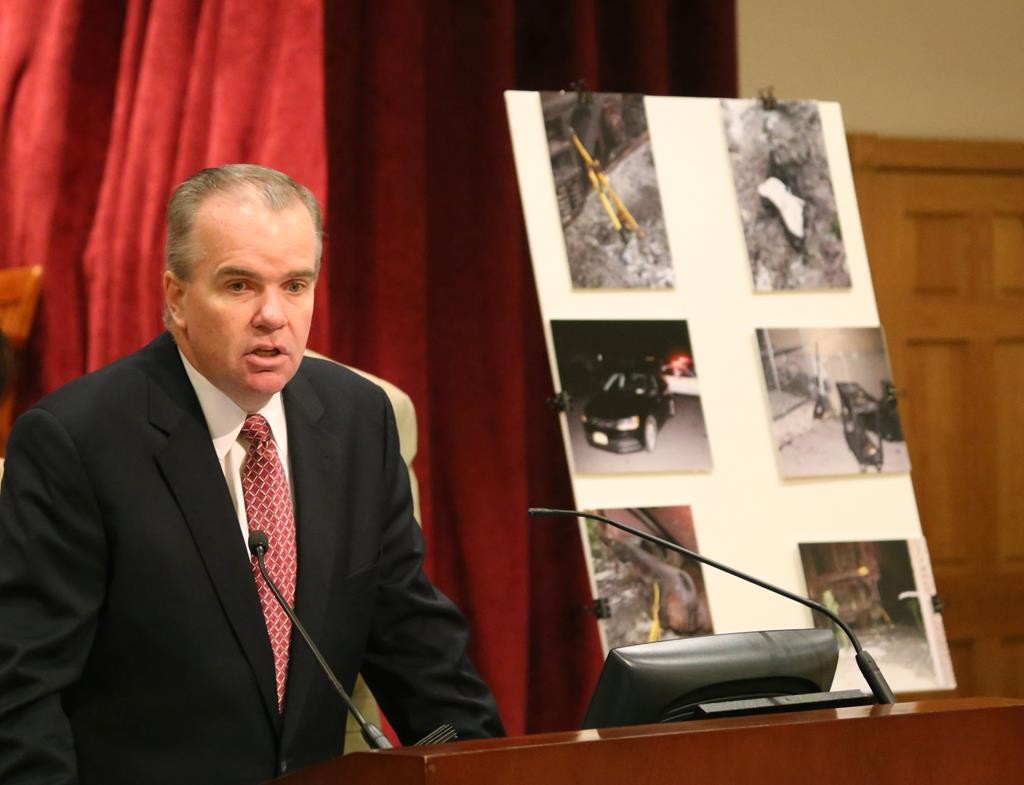 A group of sophisticated burglars penetrated a vault at an armored car company on Long Island and made off with $1.8 million, but their escape was foiled by an alert policeman on patrol near the remote office park.

Edgar Medina, 53, was charged with burglary in connection with the Aug. 16 break-in at the Loomis Armored Inc. warehouse in Hicksville. Up to four other suspects are being sought.

“This was an extremely sophisticated burglary,” Nassau County’s acting police commissioner Thomas Krumpter said Thursday at a news conference. “This is a hardened property that is designed to secure large amounts of currency.”

Medina and between two and four other suspects, who police are now trying to find, were caught on video before they allegedly broke through a concrete wall and into the company’s vault, police said. As the assailants were loading the cash into a waiting car, the police officer pulled up.

Chief of Detectives Kevin Smith said Medina spotted the officer coming and then “appears to throw something in the trunk and slam the trunk.” Medina sped off, leading the officer on a brief pursuit before he was stopped a few blocks away. When the officer looked in his trunk, he saw large plastic bags filled with cash.

Additional officers found a substantial hole in the wall, and video surveillance shows the suspects, all wearing masks, tampering with wiring that controls the building’s alarm, Smith said. A sledgehammer and hydrologic jack were left at the scene.

“Basically, it appears that they’re casing the place. They’re looking into vehicles, they seem to be looking at, choosing perhaps, their access point into the building,” Smith said of the video. “They appear to be tampering with the wires of the security system.”